Home › IoT News › Smart Utilities › Will 2011 be the year that the smart grid flourishes? The Network Operators View 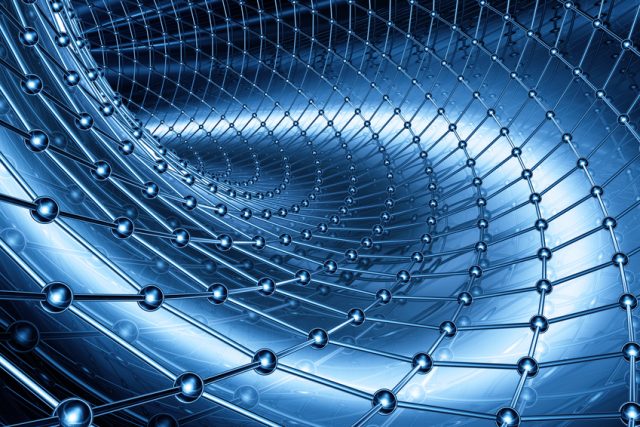 It is an exciting time to be involved in smart grid, says Amy Cooke, Strategic Business Development Director at Cable&Wireless Worldwide. At the time of writing, there are a number of positive stories on the subject: DECC’s report on Energy Market Reform in December 2010 supported both smart meter and smart grid initiatives as key tenets of needed and continued market transformation; Ofgem (the UK energy regulator) has stated that smart grids are necessary to meet the British government’s carbon reduction target of 20% by the year 2020, and the regulator recently awarded the first of several years of £64 million (€76 million) of funding to four projects designed to enhance the development of smart grids in the UK. Add to the mix that Pike Research estimates that the smart grid analytics market is expected to generate US$4.2bn worldwide by 2015, rising from just $356m in 2010, and this certainly sets the scene for 2011 to be the year that smart grid flourishes.

Smart grid is going to be a term we will hear a lot about this year and the business potential is enormous. According to The Global Cleantech Report 2010, energy efficiency has overtaken solar as the hottest sub-sector within cleantech. It will play a pivotal role in the low carbon economy, which is a burgeoning market.

As Chris Huhne, the UK Secretary of State for Energy & Climate Change, recently stated in his speech at The Cleantech summit: “The value of the global low-carbon goods and environmental services market is expected to reach £4 trillion by the end of this Parliament. It is growing at 4% per year, faster than world GDP. Our share of that market is £112 billion (€133 billion). In the UK, nearly a million people will be employed in the low- carbon sector by the end of the decade. In budgetary hard times, growth like this is hard to come by. And it is even harder to ignore.”

Out of date infrastructure
This all sounds very promising, but there are obviously barriers to the development of smart grid. The electricity infrastructure we use today was not designed for the mixture of low-carbon solutions that are emerging. Combined Heat and Power (CHP) and electric vehicles hadn’t even been conceived when most of the infrastructure we use today was deployed, yet both have the potential to change the demands on and flows across the energy network.

There is a major need to shift the way electricity is generated and delivered. That same grid now must facilitate and integrate the intermittent nature of renewable energy, for example wind or solar energy, into the electricity infrastructure, and ensure that it matches the increasing consumer demand. In short, the grid needs to become a great deal smarter.

When I’ve spoken to people about the smart grid, at first they’ve been unsure as to the role the communications provider plays in this market. While the role may not at first be obvious, when you consider the amount of data that will be generated from the grid, it is clear – communication providers already have the infrastructure, or ‘pipes’ needed to transfer that data, and the communications network is key to enabling the various hardware used in the smart grid such as sensors, monitors and communication devices.
Information Communications Technology (ICT) can manage the significant increase in the complexity and volume of data about supply of and demand for power that the challenges of renewables, micro generation, granular usage metering, and two-way communications entail. The application of ICT can provide much more dynamic real-time information and greater interactivity between suppliers and consumers. Smart meters will provide consumers with granular information on electricity usage to help control consumption, save money and reduce emissions.

Roots in the utilities
Cable&Wireless Worldwide has its roots in the utilities sector and parentage from the UK’s National Grid, ScottishPower and United Utilities, and this has given us visibility into what is required to overcome many of the challenges involved in implementing a smart grid network. These include challenges such as interaction, maximising efficiency, second-by-second billing, real-time monitoring of systems, visibility of infrastructure down to every last node, and security.

Other potential barriers include the need for collaboration between the energy and telecommunications industries, and between the different parts of the energy industry itself. The smart grid will mean wide-reaching change and the need to build new and deeper relationships across disparate industries and unconnected parts of the sector.

We understand the importance of partnerships in order to make the smart grid a reality and we’ve been busy putting this into practice. For example, Cable&Wireless Worldwide and CURRENT Group are partnering to develop integrated smart grid and smart metering solutions to help utility companies achieve the goals of the UK Government’s Low Carbon Economy and National Smart Metering programme.
In the case of the CURRENT partnership, our unique, secure next-generation network and ability to address complex communications requirements will be combined with their industry-leading smart grid sensors, smart meter data collectors and analytic software. The result will be an end-to-end, standards-based, interoperable smart grid solution that will improve the efficiency and reliability of the UK electric grid while reducing the environmental impact of electric usage.

Extra smart grid capabilities
The partnership takes advantage of the open and interoperable PRIME metering standard that uses existing electrical wires to communicate with smart meters via power line carrier communication technology. PRIME, which is being adopted by a number of European utilities, enables utility companies to save on the cost of communicating to individual meters and provides them with additional smart grid capabilities that are not available with wireless meter technologies.

The business potential for the smart grid is vast, from cutting energy use to improving the environment, saving homeowners and businesses money, and generating revenue for a wide variety of companies in the telecommunications and IT sectors. If played correctly, it really could be an infrastructure and energy revolution, and the best time to get involved is right now.