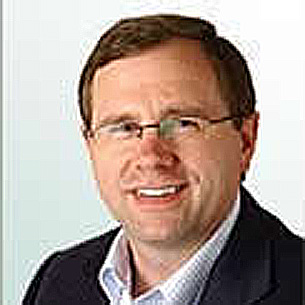 Evolving Systems, a provider of software and services to the wireless, wireline and cable markets, has had its eighteenth consecutive quarter of positive operating profit.

This is the headline for its results for its fourth quarter and year ended 31 December 2010.

“Evolving Systems continued to produce strong bottom line results in 2010, highlighted by an 11% increase in net income,” said Thad Dupper (pictured), chairman and CEO. “Cash from operations increased 57% and our working capital and cash positions were up 147% and 101%, respectively.”

He said that new orders were impacted by longer sales cycles for its DSA dynamic sim allocation product, but the firm began to see renewed activity around its Activation products and expected first half 2011 orders to rebound following a sluggish fourth quarter.

“We added two new DSA wins in 2010, raising our total to eight DSA customers around the world, six of which are now in production,” Dupper said. “Our DSA customers have activated more than 25 million sim cards, and with the anticipated growth of wirelessly enabled consumer devices that require sim cards, we are confident that our DSA solution will become an increasingly important contributor to revenue.”

There was also good news from international markets during 2010, with new customers and others being taken into production in Asia, Africa, Central and South America as well as North America, where the firm won a large Numeri Track order with a tier one US carrier and a DSA order in Canada.

And in the first quarter, the company introduced its Intelligent M2M Controller – a machine to machine product for wireless service providers who are seeking to reduce costs, protect their networks and monetise growing opportunities in the M2M space.

Fourth quarter turnover was $8.6m, down from $9.8m in the same quarter last year, due to lower licence fees and services bookings related to longer sales cycles.