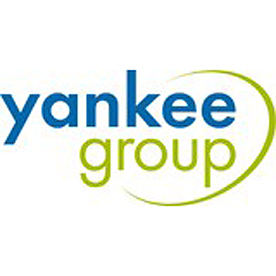 The number of enterprise cellular M2M connections is set to triple by 2015, according to a report from the Yankee Group.

The group forecasts that enterprise cellular M2M connections worldwide will surge from 81.8 million in 2011 to nearly 217.5 million in 2015. In the same time frame, connectivity revenue will more than double from US$3.1bn to $6.7bn, making the M2M market one of the highest growth areas in the wireless arena during the next decade.

Enterprises seeking to cut costs will drive steady growth in fleet management and ATM, vending and point-of-sale applications. Applications that cut fuel costs, curtail menial tasks and improve work force efficiency will resonate with enterprises. The Yankee Group predicts a strong CAGR of 17 per cent in these segments.

Asian markets will significantly close the gap with other regions by 2015. Overall connections in Asia-Pacific countries will grow to 67 million – a CAGR of 30 per cent – led by strong growth in China, Korea and Japan.

Connected energy and m-health represent massive potential markets over the long term, says the report. As utilities increase cooperation with carriers, the use of cellular technology for smart grid and smart metering projects will begin to increase more dramatically in 2014 and 2015. While m-health has generated buzz in recent months, the report says a dearth of business models and regulatory hurdles may hamper the short-term proliferation of stand-alone cellular devices.

“Falling hardware prices and the increased availability of end-to-end solutions have established a more accessible M2M market for enterprises around the world,” said John Keough, Yankee Group research associate and creator of the forecast.

“As early adopters trumpet the success of their deployments, enterprises are turning out in droves to explore how their organisations can profit from M2M technology.”