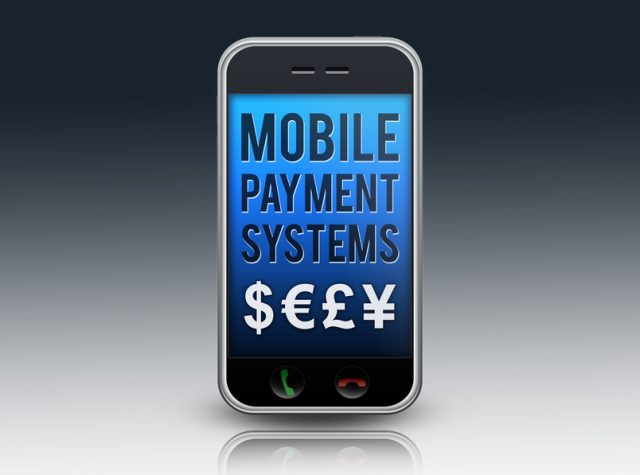 Kony survey shows 87% of retailers believe mobile commerce will impact shopping in the next two years, yet only 16% have a mobile strategy in place.

Kony Solutions, a California-based mobile application provider with expansion plans in Europe, has announced the results of a study into the driving factors behind current mobile commerce trends, and the likely impacts on users of connected devices. The study revealed that 87% of retailers believe mobile commerce will impact shopping in the next two years, yet just 16% have a mobile strategy in place.

A survey conducted by Vanson Bourne* analysed the attitudes of 1,000 UK consumers and 100 marketing and IT directors at UK retail businesses towards mobile shopping, as well as the impact that mobile devices are having on traditional shopping methods. The research showed that consumers would welcome the convenience and potential cost savings of mobile commerce.

From the retailers’ viewpoint, 42% believe mobile commerce is already affecting shopping behaviour at physical retail locations, while 89% believe m-commerce will be as popular as e-commerce. However, despite this, fewer than one in five of the retailers surveyed reported having a mobile strategy fully in place, and almost a third have no plans to implement one at all.

Gulf between demand and delivery
“The aim of this study was to assess the preparedness of UK retailers for mobile in relation to consumer expectations and demands,” said David Eads, Vice President of product marketing at Kony.

“The results show a significant discrepancy between retailers’ anticipations of the impact of mobile and the strategies that they currently have in place to facilitate this demand. It is clear that mobile is already affecting shopping habits and has the potential to overtake e-commerce in the next few years.”

The shift towards mobile is happening in diverse ways and across a number of different channels, with retailers currently placing different emphasis on each area – 45% of retailers identified native mobile applications as the most critical mobile commerce channel to their business, while 40% believe mobile web is more important. SMS is clearly waning with just 10% naming it as the most important channel. On average, retailers expect to spend 21% of their budget on the development and implementation of a mobile strategy, but one in 10 retailers are already investing 40-50% of their budget into mobile.

The research also demonstrated how the rapid fragmentation of the mobile market is leading to increasingly varied consumer preferences and demands. The consumers surveyed expressed a clear preference for mobile during the decision making process, with 60% claiming to use mobile internet to make decisions in a store or while shopping online. Similarly, 40% use mobile applications to make shopping decisions and 37% use a mixture of the two. While almost three quarters (74%) of retailers have a presence on the iPhone, 58% of consumers prefer to shop and browse on other platforms, meaning that by developing for just the iPhone, retailers are ignoring a significant portion of their customer base.

“The discrepancy between what retailers know they should do and what they are actually doing demonstrates how difficult it is to deliver mobile applications across the wide variety of phones, tablets, and browsers,” continued Eads. “Companies need a partner to manage the mobile chaos so they can focus on growing their business.

“Retailers are limiting themselves by only serving customers in a few channels. If retailers don’t serve their customers, they will go somewhere else. The data clearly shows some retailers are investing significantly in this channel to win those customers. They will attract those customers. The only way to leapfrog the competition and ensure the success of any mobile strategy is to provide customers with a comprehensive offering with those must-have mobile features and functions,” Eads added.

According to Mark Blowers, Practice Leader at Ovum, “As customer experience differentiation grows more important in the competitive retail environment, retailers should look at mobile, not only as a sales channel but also as a vital tool for customer interaction in a complete multi-channel retail operation. When developing mobile application strategies, retailers must not think of mobile as a silo but from the outset, integrate the channel into the existing operation.”

NFC’s potential
Finally, the survey also explored the development of Near Field Communication (NFC) technology, consumer attitudes towards mobile payments, and how retailers plan to implement the technology within their stores. A total of 57% of retailers surveyed are considering NFC technology as part of their overall mobile strategy, citing competitive pressures and customer demand as key drivers for this decision. A quarter of shoppers already want to use their mobiles to pay for items in-store, as opposed to using cards or cash, despite low consumer awareness of NFC technology.

Consumers cite convenience (59%) as the reason for using mobile payments. Security concerns (39%) remain a key reason why consumers say they don’t want to pay with mobile, suggesting a real opportunity for retailers to significantly increase interest in mobile payments by addressing these concerns and this lack of education since NFC provides significant security advantages. NFC, said Eads, shares a password with the check-out reader for only 3-5 seconds, and the device has to be within 6cm of the Point of Sale (POS) reader, making it hard for the transaction password to be intercepted.

Asked by M2M Now if Kony was adopting a partnership model to speed roll-out of m-commerce systems, Eads replied: “Absolutely. We’ve signed a deal with AT&T to re-sell our platform, and have recently hired a new vice president of Partnerships & Alliances.”

Kony claims that its platform is thereby makes a company’s mobile investment future-proof as it enables apps to be changed once for all channels, ensuring faster adoption of new operating systems and standards as they are introduced, while eliminating maintenance, upgrade and future development costs. Applications on its platform reportedly run across all mobile systems on the market today, including native apps for iPad, iPhone, Android, BlackBerry, Symbian, J2ME, Windows Phone 7, and Palm devices.

The company’s customers in Europe already include AXA Insurance, ABN bank, and an unnamed major bank in the UK. It also lists 35 Fortune 500 companies on its client roster, including United Airlines and Toyota plus hotel and auto rental companies.

* The Kony survey was conducted by Vanson Bourne in March 2011