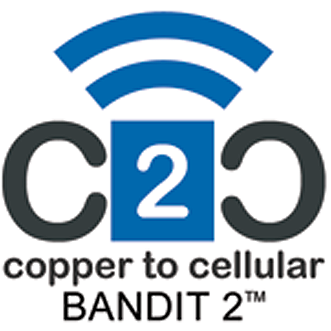 To help the move to M2M networks, Encore Networks has announced the Bandit-2 C2C router with copper-to-cellular.

The C2C is a low-cost, embedded replacement of POTS (Plain Old Telecoms Service) lines needed when migrating to M2M applications.

Available in both an industrial, ruggedised version and a mass market commercial model, the C2C provides IP inter-working capabilities to an analogue modem interface in a single box. It connects a user’s existing analogue modem to 2G, 3G or 4G cellular networks.

The remote equipment continues to function with no changes to operations administration and maintenance with the added benefits of the cellular network’s increased data throughput, reliability, data security using IPsec (AES256, 3DES) and other IP-based services and applications.

“Customers continue to use their existing M2M, remote terminal unit, meters, HVAC and other legacy devices while enjoying the increased bandwidth capacity of a cellular infrastructure supporting new IP-based functionality.”

The C2C works with various host sites including IP straight to the server, or serial conversion via a host such as Encore’s VSR-1200-RDU. Along with the embedded cellular modem, it has an RJ11 analogue CO modem port and an RJ45 Ethernet port. The C2C also provides the ability to multicast simultaneously to numerous data centres providing users increased network reliability and security.