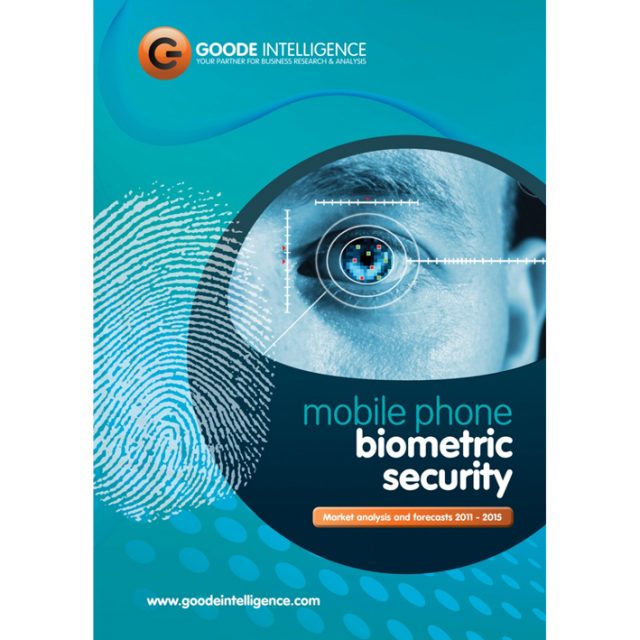 The market for mobile phone biometric security products and services is set to grow significantly over the next five years, according to a report from Goode Intelligence.

The analysis company forecasts that mobile phone biometric security products and services will generate just over US$30m in 2011 and that the market will grow to over $161m in revenue by 2015, up more than $130m.

These include device security protection, or protecting the device against unauthorised access, which is the biggest driver for mobile phone biometric security. This includes protection of both apps and the data that resides on the device.

The growth of mobile commerce and the need to secure the ecosystem on the mobile is also a big driver as is NFC contactless technology.

Searching for a convenient alternative to PINs and passwords will be key to growth using for example the swiping of a finger on a phone or providing a verbal voiceprint that can be an easier and more convenient way to provide authentication than conventional technologies.

“Motorola has been heavily marketing the security benefits of using biometrics (fingerprint sensor) to protect its latest Android smartphone, the Atrix,” said Alan Goode, author of the report and founder of Goode Intelligence. “It is even being called the ‘James Bond’ smartphone.”

With the recent attack on RSA, leading to vulnerabilities being exposed in its Secure ID token technology, there is a pressing need for strong and agile authentication – mobile phone-based biometric security can be a viable part of this, says the report.

“The recent problem that RSA has experienced with its Secure ID product has resulted in a rush for suitable alternatives that are built for the 2010s and not the 1990s,” said Goode.

“The combination of the consumerisation of IT, where people are accessing IT services and information from a variety of employee-owned and employer-issued devices, plus the modern threat from hackers and cyber criminals necessitates a rethink for authentication and identity verification.”

Military and law enforcement agencies are also looking for a cost-effective method for capturing biometric data and verifying identity in the field.

Goode predicts that initial growth will come from embedded fingerprint sensors designed to protect the device and from voice biometrics, which will be used as part of multi-factor authentication.

“Whether it is for protecting the physical device or for providing strong authentication and identity verification for a remote service, such as NFC-based mobile payments, mobile phone-based biometrics can offer a wide variety of solutions – the third factor in the palm of your hand,” said Goode.

“We believe a biometric groundswell is building. The market is currently slow, but pressure is growing. The conditions are ripe for rapid change, for biometrics to move from an interesting concept to a must have for all smart mobile devices.”