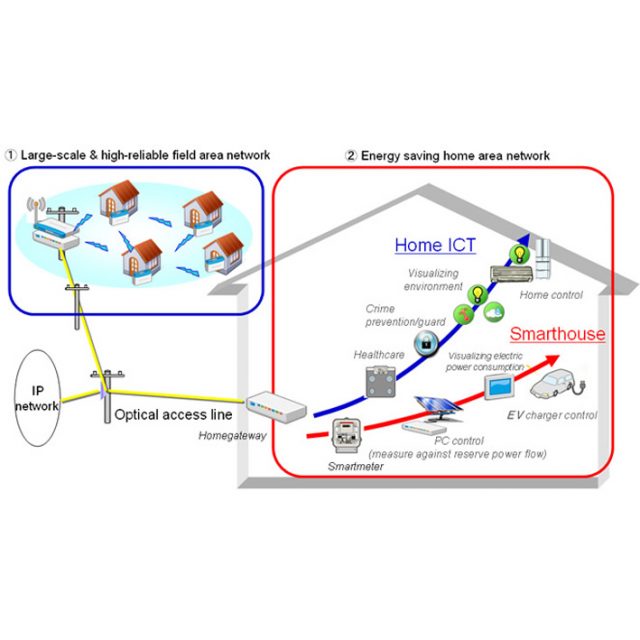 Oki has developed what it claims is Japan’s first wireless multi-hop communications system for the new 920MHz frequency band, which is scheduled to be opened by the Ministry of Internal Affairs & Communications in July 2012.

Oki has developed an IEEE 802.15.4-compliant wireless multi-hop communications system to accommodate conditions of use for the 920MHz band. The company evaluated performance using an acquired experimental transmitter.

“Making smart communities and smart houses a reality requires a communications infrastructure to transmit data, such as electricity control data,” said Takeshi Kamijoh, general manager of Oki’s research and development centre. “The communications infrastructure will require home networks that connect home appliances and electrical power equipment within the home or office, and field area networks that connect devices such as smart meters between outside buildings.

“Wireless multi-hop communications are expected to make such infrastructures possible.

“Electrical power equipment such as smart taps and smart meters are often installed in locations with poor signal access, underscoring the significance of the 920MHz band with its high signal propagation compared with 2.4GHz which broke communications.”

In addition to incorporating this technology into commercial products, Oki aims to draft plans for the Zigbee standards that support 920MHz.

The achievements to date will be presented at the Institute of Electronics, Information & Communication Engineers Society Conference to be held at Hokkaido University on 14 September.