Home › IoT News › Business & Markets › Is AT&T looking down the road to M2M as it opens up to app developers? 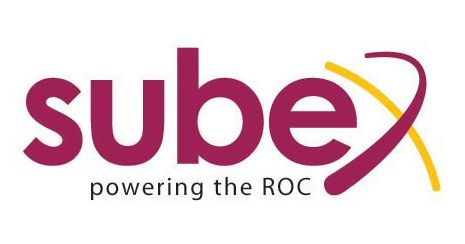 Palo Alto, California, USA. 18 September, 2011 — AT&T (NYSE:T) is taking down the protective walls it has built over the years around its applications infrastructure, and the operator is inviting app developers to come and play with its Application Program Interfaces (APIs). While not a first — BT offered its own software development kit (SDK) several years ago, and Vodafone opened up its APIs with Vodafone 360 — the scale of the carrier’s initiative is unusual.

On Wednesday AT&T opened its network to developers from around the world with new tools and services, establishing a collaborative infrastructure in which dedicated project teams have direct access to decision makers who can quickly make the right connections, and setting up a new facility — sponsored by Ericsson — in the heart of Silicon Valley that’s directly linked to innovators across the world. It has also released a wireless app developer’s tool kit in beta version.

Some observers have likened the move to the launch of Amazon Web Services which enabled app developers worldwide to access Amazon servers, thereby cutting costs and lowering the barriers to entry in the Amazon app market.

While app developers may be expected to concentrate initially on apps for smartphones and other wireless consumer devices, AT&T will be aware that this openness may also bring new possibilities for app developers in machine-to-machine (M2M) communications. Any accelerated arrival of new enterprise mobility applications would drive extra traffic across AT&T’s network from existing customers, attract new corporate users, build new revenues, and enhance user value and loyalty.

AT&T’s newest Foundry Innovation Centre is located in Palo Alto. It is designed says the company to be, “fast-paced, collaborative environments where AT&T and technology providers team with developers to deliver the latest applications and services to customers more quickly than ever before.” The intention is to accelerate technology development by collaborating with third party developers, venture capitalists and technology providers – sometimes by taking the lead on a project, at other times by contributing expertise, connections and resources to help developers bring an idea to reality.

“AT&T’s approach to the innovation center concept is unique for the industry,” said Jim Goetz, general partner with Sequoia Capital. “Their strategy embraces how development gets done in the Valley. AT&T understands where it brings value to collaborations and how they can help others innovate in new ways to bring new ideas to market quickly.”

“In here, we’re collaborating to open up our network with tools and know-how so that developers can more quickly add new capabilities to their apps,” said David Christopher, chief marketing officer, AT&T Mobility and Consumer Markets. “We’re also developing ecosystems and platforms such as mHealth to help drive further innovation and provide new wireless experiences for our customers.”

The Ericsson-sponsored Palo Alto centre is the third permanent AT&T Foundry facility to open worldwide, adding to a global network that includes facilities sponsored by Alcatel-Lucent and Amdocs in Plano, Texas, and Ra’anana, Israel, respectively. The new location will join two temporary facilities in the Bay Area of California where collaborative projects are already underway.