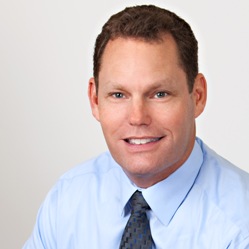 Along with the XR-series Wireless Arrays, Xirrus has also released version 6.0 of the Xirrus Management System (XMS), enhancing the solution’s security, troubleshooting, and manageability.

Xirrus says it remains focused on delivering the highest performing solutions to organisations that increasingly depend on wireless to transform their businesses. The company claims a number of firsts for the new XR series:

“During the past decade, Wi-Fi has seen tremendous acceptance in the market,” said Michael King, Research Director at Gartner. “Wi-Fi-enabled devices will grow from less than 1 billion units in 2010 to more than 3 billion in 2015. This growth has been driven by notebook PCs and, more recently, tablets and smartphones. The expectations of wireless connectivity continue to grow, as workers in remote offices visit the headquarters, and where newer employees look at wired connectivity not only as legacy, but even archaic, technology.“*

The Array-based architecture is said to deliver a level of wireless security, performance, and reliability as good as, or better than wired networks. Compared to conventional thin APs and controllers, the wireless Arrays integrate from 4 to 16 internal radios, a high-gain directional antenna system, multi-gigabit switch/controller, firewall, and threat sensor into a single access device that can support an additional 16 remote radios from the same chassis. This architecture reportedly provides four times the coverage and up to eight times the bandwidth and capacity of conventional thin AP architectures. That means fewer devices, cables, switch ports, and maintenance expenses, all while delivering flawless and secure wireless access under the most demanding circumstances.

“With the explosive growth in mobile devices entering the enterprise, IT teams need to get serious about deploying a wireless infrastructure than can deal with the volumes of devices and data traffic that are overwhelming networks today,” said Dirk Gates (pictured above), Founder and CEO of Xirrus. “Legacy wireless architectures cannot accommodate the expectations customers have for fast, scalable, and trusted wireless connectivity. It’s time for a radical rethinking of how to support the wireless enterprise – both to meet surging demand now, and to assure enterprises that it’s no longer a rip-and-replace scenario, but a scale-and-upgrade scenario, that can guide their wireless growth and expansion strategies.”

To simplify deployment and maximise the performance of XR-Series Wireless Arrays, the Xirrus Management System (XMS) provides wireless network lifecycle management for configuration and policy management, performance monitoring and reporting, security monitoring, troubleshooting, and ongoing maintenance. Its flexible deployment options enable IT or communications personnel to specify on-premises appliances, on-premises software, or cloud-based managed-service-provider deployment. Some of the new features in version 6.0 of XMS include:

* Form factor flexibility – Available as an appliance or VM

The 8-slot XR-4000 Wireless Array Chassis and XMS 6.0 release are available immediately. The 16-slot XR-6000 Chassis will be available in December. Pricing varies according to the number of Arrays, number of radios per Array, radio bandwidths (300Mbps and 450Mbps 802.11n), and chassis configuration. This flexible, configuration-based pricing provides investment protection, allowing enterprises to gear their investment to current network requirements while allowing full upgradability to meet higher performance and coverage requirements at a later date.