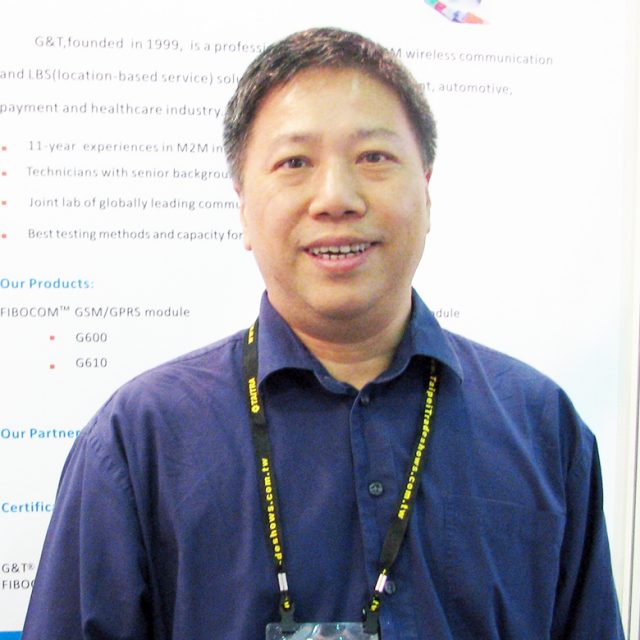 The company hopes that these will let it address more high data rate applications, particularly those involving images and video.

“They will have a far bigger bandwidth,” said Albert Chu (pictured), sales representative for overseas markets, speaking at this week’s Taitronics electronics exhibition in Taipei, Taiwan. “And some countries, such as Australia, have already cut off their 2.5G so you need the 3G modules.”

G&T has its headquarters in Shenzhen in China and its modules, which sell under the Fibocom brand, are embedded into various M2M products for applications such as smart metering, telematics, smart payment, remote health monitoring and navigation.

But the company is hoping to expand the application range with the 3G and LTE modules.

“Police forces will be able to use them to transmit details of accidents,” said Chu. “They can also send images of vehicles to check if they have been stolen.”

And he said the company had received enquiries from a potential European customer for use in equipment installed in ambulances.

“They want the 3G module,” said Chu. “They can send data to the hospital before a patient arrives so a medical team will be ready.”