Home › IoT News › Barcelona transport strike 'will have little if any impact' on Congress, GSMA insists 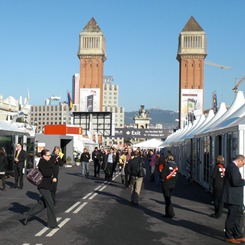 Transport strikes at MWC still on

London, UK. February 17, 2012 — Metro and bus workers from TMB, the main public transport operator in the metropolitan area of Barcelona, Spain are continuing with their plans to strike during Mobile World Congress (pictured) which is being held from February 27 to March 1, 2012.

The GSM Association (GSMA) has senior executives in Barcelona and they have been meeting regularly with government officials from the City of Barcelona, Catalonia Regional Government, Spanish Ministry of Industry, the Fira and the various police authorities since the strike was first announced.

The GSMA has reportedly advised the government authorities that they should do everything necessary to avert the strike. A spokesperson for the GSMA says: “We have been assured that negotiations are ongoing in order to try and resolve the issues.”

In the event that the parties do not reach agreement, comprehensive contingency plans are said to be in place to ensure that all participants of the Mobile World Congress (MWC) have unfettered access to and from the Fira during all days of the event. The GSMA will announce the details of those contingency plans as necessary should the strike take place.

“The GSMA remains confident that the issues will be resolved and that there will be little, if any, impact to the Mobile World Congress,” says the GSMA spokesperson.

Furthermore, the Barcelona government has offered the GSMA its strong assurances that Mobile World Congress attendees will not be affected and all participants will be able to arrive and depart the event safely and without disruption.