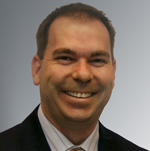 Memphis, Tennessee, USA – American Roamer, a global source for geospatial network intelligence, will unveil a new corporate name and branding strategy at Mobile World Congress (MWC 2012). The company has now also announced new features and international components for MapELEMENTS, which it will demonstrate in Barcelona.

MapELEMENTS is a hosted interactive mapping system that enables strategic decision makers to access network and market intelligence on different segments of the wireless, cable and telecom ecosystem — all within one web browser. At MWC, American Roamer will demonstrate the solution’s new GIS software-as-a-service (SaaS) features and its international mobile network coverage catalogue.

American Roamer has improved MapELEMENTS by expanding the available broadcast radial dataset, which now shows polygons and coverage areas for all broadcasters in the USA. The company has also made several user interface improvements to this platform, including a beta release of a boundary intersection feature. In addition to point intersection capability already in production, users will now be able to see the entire telecom ecosystem for a selected boundary in the United States.

American Roamer reportedly maintains the largest mobile network coverage catalogue in the world, including all common mobile technologies, providing its clients with current intelligence based on a global coverage catalog that is evaluated and updated quarterly.