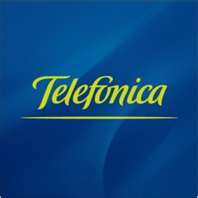 The network – the world´s first of its kind in the 2.6Ghz frequency band – provides download speeds of 100 Mbps, between 40-60Mbps on upload, vastly improved indoor coverage and can increase capacity by up to 400 per cent in high density data-traffic areas.

Based on Alcatel-Lucent’s lightRadio technology, Telefónica’s network is a first step towards a real ‘HetNet’ network, which greatly improves mobile coverage by bringing small-cell base stations closer to the customer. In this deployment conventional radio base stations co-exist with 4G metro cells (small base stations incorporating antennas and radio) working on the same frequency and with no interference. As a strong supporter for Telefonica’s LTE service initiative, Samsung is also presenting the first LTE smart mobile devices for band 7 (2.6Ghz), GALAXY S II LTE smartphone and GALAXY Tab 8.9 LTE tablet, which can be used on this new high-capacity network.

The most significant feature of Telefónica’s LTE network is its increased capacity – with each cell comfortably supporting 30 people browsing simultaneously with average speed of 30Mbps. Tests conducted on this network show that a 400% increase in capacity can be made available to users compared to a conventional network design, and that significantly higher capacity gains could be delivered with denser metro-network design. The network supports speeds of up to 10 times those offered by the 3G network, with download speeds of 100Mbps, upload speeds of 40-60 Mbps and with latency times of around 20-25 milliseconds.

‘Today the future of mobile networks begins’, said Enrique Blanco, Telefónica’s Chief Technology Officer. ‘The deployment of LTE that Telefónica has brought to the MWC, together with Alcatel -Lucent, gives us a glimpse of a tomorrow where everyone and everything is seamlessly connected, and in superfast time. But the challenge ahead is to ensure that all the technologies currently being deployed – 2G, 3G, LTE, Wi-Fi and Fiber – can co-exist to deliver next generation communications. Telefónica’s strategy is to develop intelligent networks that allow these different technologies to co-exist efficiently and cover customers’ growing connectivity needs in markets that are at different stages of development’.

Another key benefit of the advanced feature network is that it utilises the same frequency for several network layers, allowing for far more efficient use of spectrum. This solution would also reduce network deployment costs by as much as 40 per cent, as the installation of small-cells significantly reduces the amount of construction, installation and configuration work needed. Additionally, small-cells use less powerful amplification equipment, resulting in energy savings of up to 35 per cent and a guaranteed reduction in environmental impact.

Wim Sweldens, President of Alcatel-Lucent’s Wireless Division said: ‘This close collaboration with Telefónica through our co-creation programme is a clear articulation of the future of mobile broadband – rather than merely evolving their current architecture, which was designed for voice and messaging, Telefónica is making fast progress toward building a mobile broadband network designed with the future in mind. The wireless network of the future needs to be lighter, greener and closer to customers and deliver much higher capacity – that is what lightRadio is all about’.

‘Samsung has been actively collaborating with Telefónica for LTE trial services with a variety of device line-up from LTE dongles to MiFi and LTE smartphones across European markets. I am excited to join Telefónica’s breakthrough LTE demonstration with our representative LTE models, GALAXY S II LTE and GALAXY Tab 8.9 LTE’, said DJ Lee, executive vice president and head of Sales and Marketing team for Samsung Mobile. ‘We are fully committed to supporting Telefónica’s LTE roll-out and hopefully will try to expand our LTE partnerships not only for European markets but also including Latin American markets. Our ambition is to become a number one LTE partner for Telefónica’.

Visitors to MWC will be able to experience first-hand the wide range of options generated by this network at the Telefónica stand (Hall 8), where the smallest metro cells in the market and the latest LTE devices from Samsung are being exhibited. A video wall will demonstrate the capabilities of the network by projecting filmed live at the congress and delivered via LTE. The Samsung LTE devices will be used for high-definition videoconferences. This will demonstrate for both applications the improvements in speeds of both links for uploads and downloads. There will be real-ime gaming demonstrations as well as augmented reality and hypermedia applications that highlight the latency and versatility of the network.