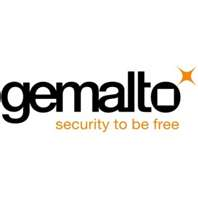 Under the agreement, Gemalto will incorporate FeliCa software technology into its UpTeq NFC SIM product lineup starting in 2012, offering mobile operators and service providers a more comprehensive range of mobile NFC services globally. The addition of FeliCa makes Gemalto’s UpTeq NFC SIM the secure element that can embed the world’s broadest set of applications, and with the highest level of privacy.

Gemalto will expand its UICC solutions with FeliCa technology to complement its existing NFC applications portfolio. UpTeq NFC SIM enables mobile operators to securely install additional applications from new service providers over time, even after issuance to end users. Equipping handsets today with NFC will smooth the adoption of the burgeoning Mobile Financial Services markets in Asia and around the world.

FeliCa is a contactless technology that is widely deployed in Asia for public transportation, access management, event ticketing, customer loyalty programs and micropayments. As of March 2011, there were over 516 million units of FeliCa IC Chips worldwide, incorporated in 346 million cards and 170 million mobile phones.

“In a robust industry landscape where various contactless solutions are quickly converging, we believe that Gemalto is well positioned to deliver FeliCa technology – they are involved in more than 45 NFC projects globally, well ahead of their peers,” commented Izumi Kawanishi, Senior General Manager of the FeliCa Business Division, at Sony Corporation. “Through this agreement, we aim to collaborate closely with Gemalto to develop globally compliant solutions for the growing NFC market.”

“With FeliCa’s proven commercial adoption particularly in the Asian markets, we strongly believe that our agreement with Sony will enable Gemalto to build the foundation for significant expansion for both companies at a global scale,” added Tan Teck-Lee, Chief Innovation & Technology Officer and Asia President of Gemalto. “Gemalto’s UpTeq NFC SIM is set to trigger the mass deployment of mobile NFC services now, while providing operators the flexibility to expand their offer in the longer term.”