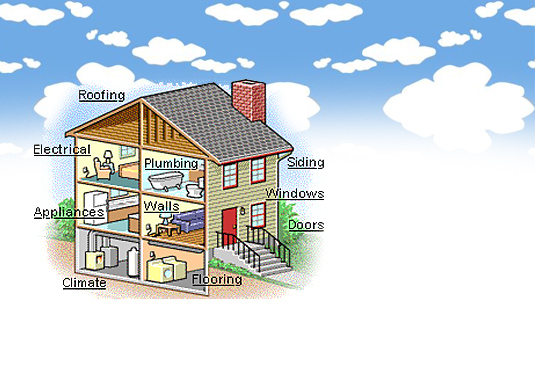 If you go back a mere 6 months, the ecosystem of Smart City movers and shakers in discussions, conferences and exciting new service concepts was similar to that of today but with one exception; the Communications Service Providers (CSPs), specifically the Telecoms Operators were not there in the front line of the movement. In the early phases of Alcatel-Lucent’s primary market research around Smart Cities we found that the driving seat was almost always occupied by government, real estate and other key industry sectors such as energy, transportation, power or financial services. Indeed there was plenty of discussion around transport solutions, energy solutions, public safety and other verticals and back then the network was regarded as just another of these verticals. The analogy was that you would build a city in the same way as you build a house, using all of the different trades for their particular part of the project. Of course all of the trades are essential to the function of the building, but to a certain extent you could regard them as separate functions whose only common denominator was that of the building itself. ICT, or “plumbing” in this analogy was just as important as windows and roofing for example, and as such it was another facet of the building orchestrated by the architect.

Around the same time we began to hear discussions labelling ICT in Smart Cities as a “key enabler”, signalling the beginning of an elevation in the role that must be played by the CSP, a role that is regarded as much more important today. A new analogy might be that the City is a living, breathing beast and the role of ICT is to build the central nervous system as described in my previous blog here. This recognises the role of the network as not just another service, but the foundation and also the central control function which allows all other services to be delivered, controlled and managed.

Of course any business needs more reason than this to invest in a new market. Part of the reason that CSPs have been a little slow to the game in Smart Cities is some uncertainty about the scale and content of the role they must play, in terms of the proportion of the M2M value chain they can address and the number of devices that will be “visible” to their networks. If you take a closer look at both of these factors, the reason for the shift in focus becomes clearer. In a recently completed M2M device modelling project, Alcatel-Lucent’s Bell Labs Business Modelling team looked at the global number of M2M devices and their exposure to the Network (or Central Nervous System) of the city, and the proportion of the value chain that is realistically accessible. Previously there have been many estimates of the number of devices, and how it grows through to 2020 – some with a more convincing foundation than others. In the Bell Labs Business Modelling study we subscribe to the Machina Research concept of a “Revenue Generating Unit” or RGU, to further qualify the relevance of the connected device to the network. Broadly speaking the RGU is a logical entity as opposed to the actual device which is a physical entity, and is the unit for revenue as well as traffic generation and forecasting. This metric is more interesting and useful to the non-device vendors, such as Operators.
Surprisingly perhaps, this number is a substantial 75% of the total number of devices, and includes all devices visible to the network except PCs, TVs and handheld mobile devices, and also excludes RFID tags by definition. This is the true representation of the number of relevant devices in the network and the global number is coming out at around 9 billion by 2020. Furthermore, the model estimates that approximately 15-20% of the total revenue generated is accessible to the CSP. If you take these 2 findings together this puts the Total Addressable Market (TAM) for the CSP at a whopping $200b globally. Not all of this is realisable in the Smart City context of course, but never-the-less it explains the increasing willingness of the CSPs to focus on the Smart City scene. And let us not forget that CSP can mean more than the traditional Telcos; increasingly we are seeing incidences where vertical players are showing a willingness to become a wider Service Provider, for example utility companies offering Telco-style services or becoming “Utelcos” such as the example of EPB in Chattanooga Tennessee or EWZ in Zurich. Far from being “just another vertical”, the Telecoms Operators stand alone as the only part of the M2M ecosystem that have both the capability, the enterprise relationships and the business case to cross the verticals in a Smart City environment. Governments of course have the motivation to do this but as yet, no clear business case or engagement models and no capability.  It is no wonder that when you match the Operator’s assets to credible market opportunity research, you get exactly what we are witnessing now; a resurgence of interest in the Smart City opportunity by the Telcos, strongly exemplified by the discussions we have seen at Mobile World Congress this year.