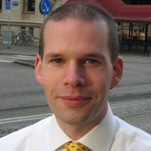 Gothenburg, Sweden. March 26, 2012 – According to a new research report by Berg Insight, global sales of handsets featuring Near Field Communication (NFC) increased ten-fold in 2011 to 30 million units. Growing at a compound annual growth rate (CAGR) of 87.8%, shipments are forecast to reach 700 million units in 2016.

The global rise in smartphone adoption is also driving higher attach rates for other wireless connectivity technologies in handsets including GPS, Bluetooth and WLAN. These connectivity technologies are already a standard feature on high-end smartphones and most medium- and low-end models. Declining costs will also enable broader integration in the featurephone segment that is rapidly gaining smartphone-like functionality, say the researchers.

The attach rate for GPS (global positioning systems) among GSM/WCDMA/LTE* handsets reached 31% in 2011 and grew to 38% for all air interface standards. Shipments of WLAN-enabled* handsets have more or less doubled annually in the past four years and the attach rate increased to 33% in 2011. WLAN connectivity in handsets enables a range of use cases including offloading data traffic from increasingly congested mobile networks, media synchronisation and indoor navigation services.

The NFC technology for short-range wireless point-to-point communication reached a breakthrough in 2011 when several leading handset vendors released more than 40 NFC-enabled handsets between them. NFC can be used for countless applications such as pairing devices to establish Bluetooth or WLAN connections, information exchange, electronic ticketing and secure contactless payments.

“Even though it will take some time before the stakeholders agree on business models for payment networks, other use cases such as reading tags and easy pairing of devices may well be compelling enough for handset vendors to integrate NFC in mid- and high-end devices already today,” concluded André Malm.

Berg Insight offers business intelligence to the telecom industry, producing concise reports with key facts and strategic insights about developments in M2M, NFC and other areas.