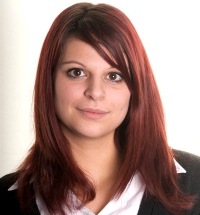 Wellingborough, UK – In the next five years, around 400 million ‘smart home energy management’ devices will be shipped globally, according to a new study from IMS Research, a leading analyst firm recently acquired by IHS Inc. (NYSE: IHS).

This forecast includes devices such as smart meters, smart thermostats, in-home displays, ‘smart appliances’, and load control switches [see figure below]. This represents a major opportunity for IC suppliers, driving connectivity technologies into a wide range of typically ‘unconnected’ devices. Yet the type of connectivity technologies selected varies by both country and the type of company deploying the energy management solution.

IMS Research’s report, The World Market for Smart Home Energy Management Systems – 2012 Edition, forecasts that 70% of these ‘smart’ devices shipped in the next five years will be smart meters themselves. However, the market for peripheral devices, such as smart thermostats, in-home displays, and load control switches, is also set to grow significantly. For example, in the US, annual shipments of smart home energy management devices, such as smart thermostats, smart plugs, in-home displays, and smart load control switches, are expected to exceed annual smart meter shipments (in unit terms) from 2015.

Lisa Arrowsmith (pictured), senior analyst with IMS Research’s Connectivity Group, explains, “The growth of ‘smart’ peripheral devices will be driven by a range of factors, varying significantly by country. At one extreme, the deployment of in-home displays is set to be mandated by the UK Government, with volumes set to ramp up quickly from 2014. In the US, the market for smart peripherals is also set to grow rapidly, as more utility companies start to activate smart meter ‘HAN’ gateways already in the field, and offer variable pricing tariffs.

“Additionally, in multiple countries, other companies – such as internet service providers, consumer goods companies, security providers and cable operators – are entering the energy management field, providing ‘smart meter-agnostic’ gateways and associated services, i.e., systems which still include a value proposition for customers that do not have the ability to communicate with smart meters (either because they have not been installed, or they do not include an enabled HAN gateway). This includes features such as energy monitoring (via a meter clamp and transmitting unit) and remote control of devices such as smart plugs and thermostats.”

This information is taken from the recently published report, The World Market for Smart Home Energy Management Systems – 2012 Edition. This is a 700+ page study, which provides estimates (2009-2011) and projections (2012-2016) for a range of residential devices, such as thermostats, electric water heaters, major home appliances, and many others, analysing which devices will have networking functionality to enable them to be part of smart home energy management systems. The report includes separate analysis for 26 countries and sub-regions, and can be purchased as either a global study or as a single regional volume (EMEA, Americas or Asia Pacific). Each of the devices, in each country, are segmented by major connectivity technologies.