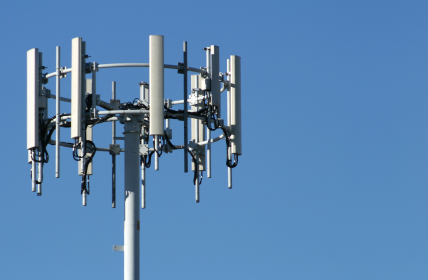 Boulder, CO, USA — Electric, gas, and water utilities have long used public cellular networks (pictured) to link field devices to the utility’s central operations systems. Until recently, however, the use of such networks in the utility sector has been limited, primarily due to restrictive pricing and perceived technical limitations. Yet there is now a shift in how utilities view public cellular options as they roll out smart grid infrastructure projects.

According to a new report from Pike Research, global annual service revenue from public cellular network nodes in smart grid applications will surpass US$1 billion by 2020, representing a 27% compound annual growth rate (CAGR) from 2011 to 2020. A cumulative total of 73 million cellular M2M communication nodes will be shipped for use in smart grid applications from 2011 to 2020, according to the cleantech market intelligence firm.

“Carriers and integrators have awakened to the unique opportunity of the smart grid. It is no longer just another general vertical market application,” says vice president, Bob Gohn. “With new pricing and service offerings specifically tailored for the large number of endpoints but relatively low aggregate data volume typical of grid applications, public cellular is becoming a real competitor to private utility-owned networks. The end result is a significant and growing monthly stream of revenue to the carrier, without taxing the carrier’s network resources.”

Largely thanks to smart grid deployments driven by the European Union’s much-publicised 20-20-20 mandate, Europe is the leading region for public cellular node unit shipments and revenue through the remainder of the decade. Europe is also likely to lead the market in annual service revenue, says Pike Research, largely due to the sheer volume of aggregate data being sent by the region’s smart meters, as well as the smaller (yet steadily growing) number of nodes being used for applications such as distribution automation and sub-station automation.

Pike Research’s report, Public Carrier Networks for Smart Grids, provides an in-depth analysis of the current usage of public wireless technologies to handle smart grids, as well as region-specific and worldwide forecasts of communication node shipments and revenue, along with revenue breakouts by application type.

An Executive Summary of the report is available for free download on the firm’s website at:
http://www.pikeresearch.com/research/public-carrier-networks-for-smart-grids