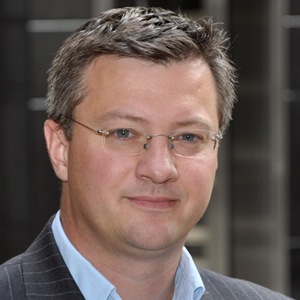 London, UK — Specialist M2M research firm, Machina Research has updated its M2M Leaderboard, a ranking of the top 20 global mobile network operators (MNOs) based on their expected revenue from mobile M2M in 2020. Between them, it is forecast that these 20 global MNOs will secure approaching EUR 25bn in revenue from M2M applications in 2020.

Commenting on the result, Machina research director, Jim Morrish (pictured) says: “Many of the MNOs that feature on Machina Research’s Leaderboard are today able to put a more compelling case for competence in the M2M space than they would have been able to even in February. ‘Standing still’ in this market is clearly not an option.”

This ranking builds on the qualitative analysis of the global M2M opportunity, that Machina Research has identified in its M2M Forecast Database, and its qualitative analysis of the M2M-related capabilities of each of the global MNOs, as illustrated in its Machine-to-Machine Communications Service Provider Benchmarking 2012 report published in January. This report analysed the capabilities of the top global M2M CSPs.

The most noticeable mover in the rankings was Telefonica, which climbed one place to 4th. Morrish explains: “In late February Telefónica secured a deal to provide GM’s OnStar services outside of the United States, Canada and China. Because of this win we have revised upwards our view on the share of the Automotive and certain other regionally competed markets that Telefonica will win between now and 2020. As a result of this and a few other factors, Telefonica leapfrogs Verizon Wireless into fourth place.”

The other dynamic that Machina Research will watch with interest relates to technology choices in the US. Morrish adds: “There’s an interesting story developing in the US around 2G. AT&T’s decision to step back from 2G technologies has the consequence of making T-Mobile the only nationwide GSM operator in the US committed to (significantly cheaper) 2G technologies for anything other than the short term. Clearly, any M2M user planning to deploy devices using the 2G GSM standard adopted by the vast majority of the world’s mobile operators has a relatively limited choice of operator partners in the US.”

Machina Research believes that this is holding AT&T back. If it were not for this factor, and in light of its positive moves elsewhere including with regard to roaming arrangements with its international partners, they would have ranked AT&T second overall.

Compiling the M2M Leaderboard involved a detailed modelling and forecasting process. The starting point was the Machina Research Forecast Database. This forecast comprises detailed analysis of the opportunity for M2M across 12 sectors, covering 60 M2M application groups and based on analysis of hundreds of individual applications. The forecast included analysis of connections, traffic and revenue in each of 54 countries.

For the purpose of the analysis contained within the M2M Leaderboard we excluded our PCs, tablets and handsets data category, which we do not consider true M2M*. Included within the CI database is a calculation of MNO expected revenue, which represents Machina Research’s expectations of the revenues that pure-play mobile network operators can expect to generate from each of the applications.

It should be noted that the MNO Expected Revenue figure does not represent the totality of the opportunity that exists in the M2M market. Certain CSPs have the opportunity to address additional revenue streams through systems integration capabilities or fixed-line operations. However, it does represent a good proxy for the contestable M2M market opportunity for mobile network operators.

* The research includes eReaders within this category. Accordingly, revenue associated with eReaders are not included within the analyses.