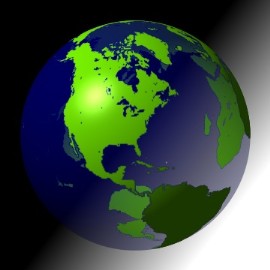 Gothenburg, Sweden. May 25, 2012 – New market data from Berg Insight shows a sustained strong momentum for wireless M2M communication in the first quarter of 2012. According to figures disclosed by leading global mobile operators, the number of machines using cellular communication continues to grow at a high rate in key world regions.

As the installed base grows, year-on-year growth rates are stabilising at around 15–30%. Among the mobile operators that officially report machine-to-machine (M2M) subscriber statistics on a quarterly basis, AT&T reported the highest figure in Q1 2012 of 13.3 million, up 25% year-on-year.

Vodafone reported 7.8 million M2M subscribers at the end of the financial year ending March 2012, up 47% from the previous year. However, the actual subscriber base was higher as the figure excludes some devices in regional subsidiaries that are not connected to the group’s centralised M2M platform.

The Japanese operators NTT DoCoMo, KDDI and Softbank recorded year-on-year growth rates in the range 20–35% and reported between 1.9 million and 2.4 million M2M subscribers each.

Many of the leading global mobile operators do not report M2M subscribers separately. Among these, Berg Insight estimates that China Mobile has the largest installed base of around 15 million, followed by Verizon Wireless, T-Mobile and Telefónica at around 7–9 million.

T-Mobile USA is the only entity in the Deutsche Telekom group disclosing M2M subscriber data, and it reports 2.7 million at the end of Q1-2012. Other major M2M communication providers in Europe and North America include Orange, Telenor and Sprint, which had approximately 3–4 million M2M subscribers each in Q1 2012.

To download a brochure on the report, go to: The Global Wireless M2M Market