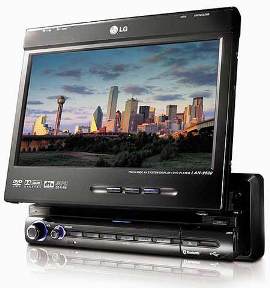 For many years consumers have had the option to ‘upgrade’ their ageing car radio for something a little more up-to-date through the use of an aftermarket head unit. In some instances this is a way to gain extra features for a low cost, or to opt for a more advanced unit with video or navigation capability.

However, a new report from IMS Research, recently acquired by IHS Inc. (NYSE: IHS), entitled In-Car Audio, Infotainment & Driver Information Systems, has found that new developments from vehicle manufacturers could spell the end of the traditional aftermarket car radio in the next 10 years, especially in mature markets.

Despite reports of small improvements in sales for aftermarket products, the traditional aftermarket for one or two DIN head units has been declining for some time, largely because of improvements in product quality from the new vehicle sector. In the future, the bigger threat to the aftermarket comes as vehicle manufacturers move towards distributed systems, doing away with the traditional rectangular hole in the dash board for consumers to install an aftermarket product. Furthermore, as infotainment head units become more integrated with other vehicle systems (such as the HVAC controls), the fitting of an aftermarket head unit requires a specialist and becomes a more expensive undertaking.

The North American and Western European markets for aftermarket radio (audio / audio video / navigation) sales will decline from US$1.7 billion in 2011 to $781 million in 2018. Senior analyst, Jack Bergquist from IMS Research says, “The next three years will be very critical for aftermarket head unit suppliers. The industry is going to see a shift away from high volume / low cost units to low volume / high cost and more advanced units. If manufacturers aren’t able to innovate and assess new markets effectively in this period, future success will be hard to guarantee.”

Even on lower cost vehicles, which may feature the traditional head unit slot for a longer period of time, manufacturers are offering low cost navigation units and even fitting smartphone-based dumb terminals, such as on the Toyota IQ in Europe. The presence of such advanced OEM systems will mean innovation from aftermarket suppliers will have to be strong in order to convince customers to replace the existing systems in their cars.

Although the market decline is forecast to be severe over the coming years, it’s not all doom and gloom for aftermarket manufacturers. With new software-based head units that are harder to replace becoming more prevalent, new opportunities will open up for accessories or upgrade boxes to increase the hardware capabilities of these existing systems. Also, the existing fraternity of die-hard audiophiles who are willing to invest significantly to create a unique experience in their vehicles is unlikely to disappear in the future.