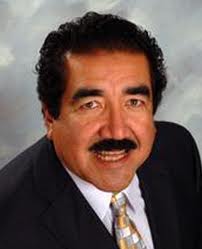 London, UK. June 6, 2012 — Today sees thousands of internet service providers (ISPs) and websites around the world permanently enable Internet Protocol version 6 for their products and services as part of the World IPv6 Launch, organised by the Internet Society.

Sapien says, “Although an obvious catalyst is the lack of IPv4 address space, we at Ovum have seen other factors in the migration or transition to IPv6. The proliferation of devices, mobile access to resources and B2C applications are driving customers to support IPv6. In addition, this isn’t really a complete migration – it is more of a dual-support capability that will be enabled for many years to come. Ovum research, for an upcoming IPv6 report, has revealed that B2C applications are one of the common drivers for customers, including service providers, moving to IPv6.

“Government regulations will also drive this support. We are increasingly seeing governments promoting deployment of IPv6. This combined with mobile device support and mobile access to web resources are the main drivers for most businesses. Customers will need to take a good inventory of their IT resources that are now IPv4, have a phased plan for dual IPv4/IPv6 support and implement this plan. This planning also needs to include third-party partners, resources and links that can be easily overlooked. Now is the time for customers to go beyond planning and get to the test and implement phase,” Sapien concludes.

David Krozier, network infrastructure analyst at Ovum, believes the launch will mark the culmination of ISPs’ efforts to turn up commercial IPv6 services. “Verizon currently supports enterprise and government customers with native and tunneled IPv6 services. The Verizon LTE network is enabled for IPv6, and the company is testing IPv6 on its FiOS network. AT&T set a 2020 date for full IPv6 deployment and offers IPv6 commercial services on its U-verse network with 6rd tunnels. Comcast has turned up IPv6 services to more than 1% of its residential wireline subscribers, and Time Warner also offers IPv6 to residential subscribers. Around the globe, Internode (Australia) supports IPv6 services with a dual-stack network, and ISPs in Hong Kong as well as KDDI, XS4ALL, and Free Telecom are all offering IPv6 connectivity.”

But David Krozier believes the major equipment hurdle to IPv6 deployment is older CPE. He adds, “Discussions with equipment vendors have convinced Ovum that implementing IPv6 is mainly a software or firmware issue for most network equipment, although older home residential gateways may require replacement. Most recent vintage computers and servers are IPv6-ready.

“Microsoft Vista, Windows 7, and MAC OSX 10.7 all have IPv6 enabled by default. Computer users can connect to a website (www.test-ipv6.com) to test the IPv6 readiness of their computer system. For mobile devices, the Android and Apple iOS operating systems enable IPv6 by default, so when IPv6 is enabled by carriers, in many cases user’s equipment will just automatically connect to the internet using IPv6,” says Krozier.