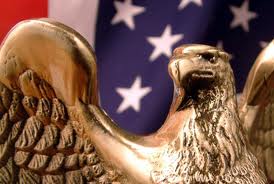 Newbury, Berkshire, UK. June 15, 2012 — Vodafone Global Enterprise, the business within Vodafone which manages the communications needs of its largest multinational customers, has become the first non-US mobile network service provider to be granted US Government supplier status under GSA Schedule 70.

The company will be listed as an approved supplier to provide machine-to-machine (M2M), mobile voice and data services to the US Government in eight European countries: Germany, Greece, Hungary, Ireland, Italy, the Netherlands, Portugal, and the UK. The services provided will include central ordering, spend analytics and customer services.

Vodafone Global Enterprise’s chief executive, Nick Jeffery says, “US Government employees and agencies working abroad will gain from flexible and cost-effective access to Vodafone’s services under this agreement. They will be better equipped to perform their role and have full visibility and control over their telecommunications costs. The mobile internet is radically transforming the way governments and organisations in all sectors operate.”

Vodafone is one of the world’s largest mobile communications companies by revenue, with approximately 404 million customers in its controlled and jointly controlled markets as at 31 March, 2012. Vodafone currently has equity interests in over 30 countries across five continents and more than 40 partner networks worldwide.