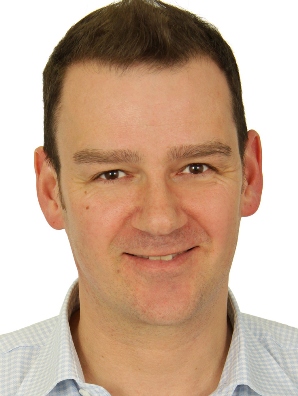 Paris, France. June 18, 2012 – Ambient Corporation, a provider of secure, flexible and scalable smart grid communications and applications, has released the latest version of its network management system, AmbientNMS®. This is a purpose-built suite of integrated software applications for real-time fault, performance analysis, and reporting of characteristics of the medium and low voltage grid infrastructure.

Next week Ambient will also give SG Paris 2012 participants a first look at the Ambient Smart Grid® Platform currently used as the core technology in one of the largest deployments in North America. On June 21, 2012, Donald Pollock (pictured), Ambient’s VP of Global Sales and Marketing, will present Ambient’s solution at SG Paris 2012. He will offer conference delegates Ambient’s perspective on building a smart grid that delivers operational and financial benefits for utilities and their customers, as utilities in Europe move from innovation to deployment of smart grid technologies.

This latest version of AmbientNMS features new tools for interpreting, arranging and sharing data, allowing the utility to create pre-selected users or groups, with the ability to create an experience tailored to that individual’s role, tasks and priorities:

* Enhanced customisable lists and maps may be viewed at various levels such as state, city and street level down to a single device’s information

* Retrieve and present real-time data such as energy use

* Enriched charting and export functions for subsequent further analysis, and

* Forward events such as outage notifications to (user-defined) third-party applications.

John J Joyce, president and CEO of Ambient Corporation, commented, “A smart grid network management system is critical to the successful implementation of smart grid initiatives. The AmbientNMS is designed to support multiple levels of scaling, and this latest release is a testament to our commitment to continually enhance our products with additional features and functionality. AmbientNMS is presently managing over 100,000 nodes.”

The primary function of the AmbientNMS is to provide an extensible system for managing the communications network between grid devices and the existing back-office systems. The NMS can monitor and manage tasks, run discovery and status checks, query devices, and store and relay information and instructions between the NMS and the Ambient Smart Grid® Nodes. It distributes software upgrades to the nodes and manages other downstream devices conforming to existing standards.

Smart Grid Platform to be offered in Europe

In addition, the Ambient Smart Grid Platform facilitates multiple applications in parallel, including, but not limited to, multi-service smart metering, outage detection and restoration management, power quality monitoring, and distribution automation for (legacy and new) infrastructure assets. The AmbientNMS automates the collection and reporting of data from hosted applications; both Ambient’s own and third parties’ data can be integrated into other utility operational systems.

Ambient’s Smart Grid® Platform proposition centres on a single, reliable, high-speed communications network consisting of both hardware and software to support multiple applications in parallel. Supported applications include, but are not limited to, Advanced Metering Infrastructure (AMI), Distribution Automation (DA), Power Quality Monitoring, and Outage Detection and Restoration Management. The Ambient Smart Grid Platform has the flexibility to use a variety of communications, including ethernet, serial, cellular, wi-fi, radio frequency (RF) and power line communications (PLC), thereby providing a versatile solution for utilities.

Since 2005, Ambient Corporation has been supplying its products and services to enable the commercial deployment of a secure, real-time, two-way, internet protocol (IP)-based communication network for a leading North American utility.