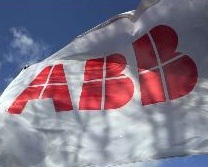 Novel energy harvesting technology from ABB is enabling Robinson Brothers to make remote temperature measurements without the need for a power supply to the transmitter. Combined with WirelessHART communications technology, this eliminates the need for any cabling to the instrument.

A manufacturer of speciality chemicals based in the West Midlands, Robinson Brothers is trialling the transmitter on the steam main supplying its chemical manufacturing plant.

“The transmitter has operating for about three months now and it’s ticking all the boxes without drawing any power from its back-up battery,” says Tom
Rutter E&I manager. “It looks like it could go on forever, provided there’s steam flowing through the line.”

The system was installed by integration specialist ICA Services, which suggested exploring energy harvesting as a way of eliminating cabling costs
in future instrumentation schemes at the West Midlands site.

The ABB transmitter is powered by an on-board micro-thermoelectric generator (micro-TEG), which is driven by the temperature difference between the steam pipe and the ambient surroundings.

The micro-TEGS used in ABB’s WirelessHART temperature transmitters provide a robust and compact solution for energy harvesting from either hot or cold
processes. With many industrial processes, such as those at Robinson Brothers, having an abundance of heat, the power that can be delivered by
TEGs is sufficient to operate wireless sensors in a variety of locations.

The system at Robinson Brothers needs a minimum temperature difference of around 30°C, which is easily achieved in this application where the steam
flows at around 106°C and the ambient air is typically 26°C. The transmitter also has a built-in back-up battery which is not used during normal plant operation.

ICA Services engineers set up the transmitter to send data wirelessly to a remote wireless gateway, which feeds the signal into the site’s existing
Ethernet network and then to an ABB SM500F data recorder.

“I don’t see any reason why we wouldn’t be using the energy harvesting technology again after such a successful trial,” says Mr Rutter. “We’ve
already got over 10,000 measurement points around the site but we don’t have much wireless technology. It’s something we’ll be looking to do more of in future projects because there are terrific cabling costs involved in installing conventional instrumentation and the potential savings are obvious.”

With wiring and installation costs accounting for almost 50 percent of the total cost of a device, it makes both financial and technological sense to
use wireless devices wherever possible.

Energy harvesting provides an ideal alternative to wired or battery-powered devices in processes suited to the use of wireless devices. Energy
harvesting takes energy from the environment and converts it into usable electrical energy, which is then used to power the wireless device. As well
as thermal energy, energy harvesting technology can also be used to derive power from solar radiation, vibration and kinetic energy from flowing media
or moving parts.