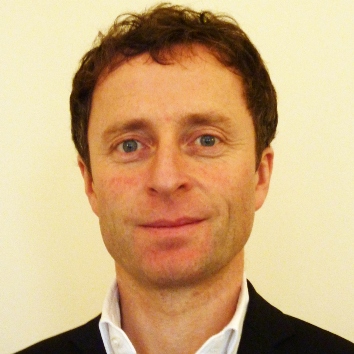 BLOG. London, UK — The Olympic Games have provided more than enough entertainment and content for discussions galore. But business people as well as athletes have contributed to the event, says Nigel Chadwick, (pictured) ACA, managing director of Stream Communications. In a quieter corner of London, just off Green Park and The Mall, there are a whole load of related events happening too. (Watch the Video)

Lancaster House is the British Business Embassy for the duration of the Olympic and Paralympic Games, and is where the 2012 Global Business Summit is happening. In the words of Prime Minister, David Cameron, “This is the biggest business summit that the UK Government has ever hosted, and the biggest Olympic business summit in history.”

I was fortunate enough to work alongside the UK Trade & Industry (UKTI) team and other private and government sector participants in not only helping to plan, but also attending one of the key events of the summit, the Global Business Summit on ICT. This was hosted Friday 3rd August, coinciding with the first day of athletic competition and the first day of the new Olympic Park Stadium’s use.

And what an incredible ICT Summit it was! For those who haven’t visited it, Lancaster House is a splendid mansion. Lord Leverhulme, industrialist, philanthropist and politician, famed for internationalising his Sunlight Soap, certainly had an eye for a quality pad when he bought and renamed the property ‘Lancaster House’ in 1912. Since then it’s been host to two G7 summits.

The ICT event had some exceptional guest speakers across a wide range of sessions who present the latest developments across information & communications technologies.

Particularly inspiring were presentations by Michael Birch, founder of Bebo (yes, he really did sell the company to AOL for US$580m!), Tom Hulme, angel investor and founder of IDEO (a kind of crowdsourcing of design ideas), and Anthony Rose, co-founder of Zeebox (look it up if you enjoy TV and haven’t heard of it). There was a networking lunch held in the splendid gardens, hosted by the UK’s Dr Vince Cable, Secretary of State for Business, Innovation & Skills, and Ed Vaizey, Minister for Culture, Communications and Creative Industries.

There was also a huge high definition TV screen in the gardens streaming live presentations during the day from the event, cutting back frequently to events happening at the Olympics (well, we didn’t want to miss out on all that did we?).

In the afternoon sessions I joined Cisco, Logica and CSR at a session hosted by Professor William Webb of Cambridge Wireless, focusing on ‘Smart Infrastructure & The Digital Economy’. I also had a five minute slot (Watch the VIDEO here) to speak about Stream Communications’ technical developments in creating our resilient, secure and easy-to-manage mobile network infrastructure – bringing this to life by describing how the BBC had chosen our SIMs and network services for mobile broadcasting of the Olympic torch’s journey, and also the use of our SIM cards within digital signage & media around the Olympic Village and across London during the Games.

All in all, a splendid day and a fantastic event attended by nearly 500 CTOs, CEOs and the like, from 36 countries. It was a truly global and inspiring event, at which a significant amount of new business was agreed, and new valuable business connections were made.