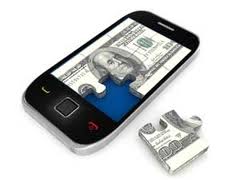 An alliance of 14 retailers has been set up to create a ‘mobile wallet‘ on your phone that will better similar attempts by Google and mobile network operators. The Merchant Customer Exchange (MCX) comprises Wal-Mart, Shell, Target, 7-Eleven and other large retailers.

Though the companies behind MCX have yet to set a service launch date or appoint a CEO, they acknowledge that they are competing with companies such as Google in the mobile payments sphere. These merchants are hoping to meet the growing demand from customers who are looking for more mobile payments options, and will be relying on their knowledge of shoppers’ buying habits.

The new group, rather clunkily called the Merchant Customer Exchange, is developing a mobile application that will allow customers to pay for goods at participating stores’ if they register with their smartphones. The phone app will also give users exclusive coupons and deals. The merchants currently involved in MCX — it is hoped others will join soon — aim to deploy MCX to their existing customer base and to teach them to pay by phone.

Executives from Google have been quoted as saying that they don’t see MCX as a threat. Instead they believe that having mobile wallet competition is important in raising mobile payments higher in consumer consciousness.

The list of merchants that will accept the new application includes 7-Eleven, Alon, Best Buy, CVS, Darden Restaurants, HMSHost, Hy-Vee, Lowe’s, Publix, Sears, Shell, Sunoco, Target and Wal-Mart. The consortium believes that its scale — together the stores account for roughly US$1 trillion in annual sales — will help it emerge as the standard for mobile payments.

“We believe MCX is uniquely qualified to offer the most comprehensive mobile payment options for consumers,” said Terry Scully, president of financial and retail services at Target, in a prepared statement. “By participating in MCX, merchants are in a position to effectively deliver innovative payment approaches that aren’t available today.”

Yankee Group‘s principal analyst, Nick Holland said this is, “yet another mobile wallet announcement, but strongly lacking in details pertaining to the nuts and bolts of how it will work. In one aspect, merchants are the best qualified to develop a mobile payment service given that they are half of the chicken and egg conundrum, and presumably they will design a solution with their best interests in mind”.

“For the likes of Google, Isis, PayPal and Square, this could be problematic,” adds Holland. “Yes, competition is good, but any of these companies would have given an arm and a leg to have the likes of Wal-Mart and Target as flagship clients. For consumers, it’s just one more wallet and may further compound the current market confusion.”

Bank Systems Technology is reporting that worldwide mobile payment transaction values are expected to surpass US$171.5 billion in 2012, a 61.9% increase from the 2011 figure of $105.9 billion, according to analyst firm Gartner, Inc. Gartner also predicts the number of mobile payment users will reach 212.2 million by the end of 2012, up from 160.5 million in 2011.