Home › IoT News › Connected Devices › What is the future of fleet telematics? PLUS An Exclusive extra US$100 event discount 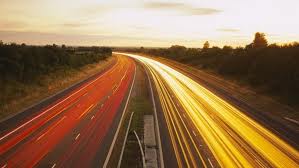 In the first of a two-part feature Telematics Update reports on the growth of the fleet telematics market in Latin America and Russia. And Register Here for a $100 discount on a Fleet Management event, exclusive to M2M Now readers. (Discount Code: 216769)

Either of these plans would deliver a boost to tracking solutions and fleet management systems. But until the systems are actually rolled out, growth in the commercial vehicle telematics space will likely be driven by a combination of other factors, including falling hardware prices, smaller fleets adopting management systems, and new business opportunities in emerging markets.

According to ABI Research, global fleet management and trailer tracking system subscriptions will grow from 13.3 million in 2012 to 30.4 million by 2016 “as smaller fleets and new non-trucking segments, such as delivery, service, and public and private transportation, are being addressed by vendors offering more affordable solutions.” The market intelligence company singles out Qualcomm’s MCP50 fleet management system as one such solution. It is available for $799 and a monthly service plan starting at $19.95.

There are plenty of others to choose from, including WEBFLEET by TomTom ($480 for a top-end terminal and $12 to $42 per month, depending on service plan and geographical area) or Google Maps Coordinate, a new workforce management tool for Android-based smartphones available in the US for an introductory price of $15 per month.

Most of the lower cost fleet management solutions lack the depth of insight and versatility of fully integrated systems. But they are powerful enough for fleets of five to 10 vehicles, which are emerging as an important new market for fleet telematics. “It’s a very good time now” for fleet telematics, says Kabirdas Sathyanarayana, industry analyst telematics and ITS, automotive and transportation, with Frost & Sullivan.

Times are good in a number of key markets around the world. In Latin America, Brazil’s Contran 245 legislation is progressing toward implementation. The law requires all new vehicles — cars, trucks, even mopeds — to come equipped with factory-installed tracking and immobilisation modules. Once such vehicles hit the streets, a whole new industry in value-added services could spring up, providing fresh opportunities for both passenger and commercial vehicle telematics.

And the efficiency of TransMilenio, a rapid bus system in Bogotá, Colombia, which consists of a network of regular bus lines and hundreds of compact feeder buses plying the outskirts, has inspired Brazil and Argentina to follow suit.

According to Du Plessis, Latin America also presents significant opportunities for solutions focusing on driver safety, driver monitoring and efficiency gains. “The fleet market in Brazil is very focused on risk management, with telemetry systems becoming more widely integrated into the market in recent years,” he says. “The opportunity thus lies with an amalgamation of these two existing markets.”

Brazil is far from alone in struggling to implement a nationwide vehicle-tracking scheme.

Until the beginning of this year, the telematics market in Russia was expected to get a major boost from ERA-GLONASS, a nationwide road accident emergency response system requiring all new vehicles to come with a factory-installed tracking device. The device will not only alert rescue services in case of an accident but also support additional services, such as fleet management software, insurance telematics, and location-based content.

But after a change of government and subsequent shake-up in leadership of the project, the only thing certain is that ERA-GLONASS will not launch in 2013, as previously planned.

He is pleased that NIS GLONASS is now part of a wider public-private partnership that will oversee the implementation of ERA-GLONASS. GLONASS is Russia’s answer to the US GPS satellite navigation system, and the road accident emergency response has been seen as an important step in the adoption of GLONASS as the country’s primary satellite positioning network.

There is also a new requirement that fleet owners route positioning data for many of their key assets through newly established regional GLONASS operators. So far, Russian fleet owners preferred to buy one-of-a-kind fleet management systems and, for security reasons, operate them in-house. Once fleet owners start sharing data, they may be far more inclined to embrace the kind of subscription model RNT offers.

To find out more on Telematics for Fleet Management go to: Fleet Telematics

(This article first appeared on TelematicsUpdate.com)