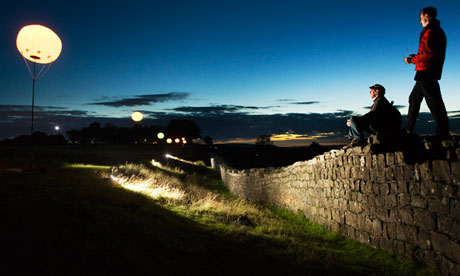 Hadrian’s Wall, UK. September 10, 2012 — As a summer of Olympic sporting triumphs fades into happy memories for another four years, spare a moment to look at M2M’s impact on one display in the cultural Olympiad.

Construction of Hadrian’s Wall began in the year 122 AD, as a defensive fortification for Roman Britain. It was designed to protect Roman-occupied England from attacks by tribes north of the wall in today’s lowland Scotland. Built largely during the rule of the emperor Hadrian, it was the first of two fortifications built across the narrowest part of Britain.

The organisers describe the huge interactive art display across Hadrian’s Wall as a “Model for Modern Connected Business”.