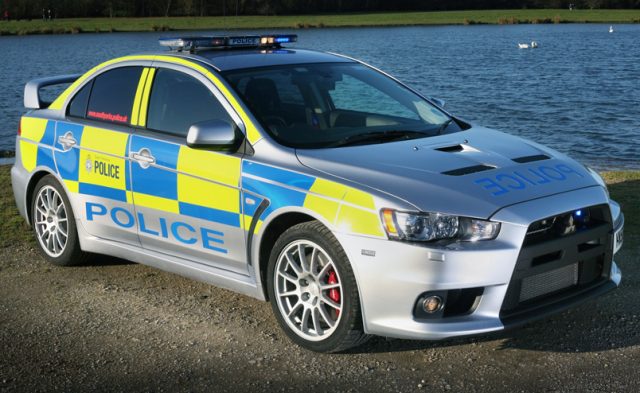 Released in April this year, ARTEMIS will assist the force in promoting best practice, efficiency and cost reduction. At the same time, a three year national framework agreement has been awarded to APD for supplying ARTEMIS to police forces in England and Wales.

With a £20 million (€24.8 million) reduction in operating expenditure required over a five year period following the 2010 Comprehensive Spending Review, Northamptonshire Police needed to find new and innovative ways to reduce costs while maintaining and improving services. The force anticipated that the acquisition of advanced telematics and process management technology would lead to substantial savings for its police vehicle operations, at the same time as improving frontline services and overall efficiency.

Having completed the initial round of tendering, the competing solutions were required to demonstrate their ability to improve fuel economy, adhere to servicing intervals, provide more detailed reporting of incidents and offer real-time feedback about driver behaviour.

Following an intensive evaluation process, APD’s solution was judged to be the most compliant and scored the highest marks of all 12 rival bids across the selected criteria. As a result, APD was awarded the contract to supply the telematics solution to Northamptonshire Police, and to any other police force under the terms of the framework agreement.

“We selected ARTEMIS for its comprehensive feature set, overall affordability and its compatibility with back-end systems,” said Graham Crow, head of Transport & Travel at Northamptonshire Police. “APD is a very professional organisation and its long-standing experience in police and emergency vehicle communications really shone through.”

Developed by APD specifically for the UK Police, in close co-operation with the ACPO (Association of Chief Police Officers) ITS Working Group and the One Box Consortium, ARTEMIS will initially be installed in Northamptonshire’s test and training vehicles. The force’s fleet of 370 police vehicles – used by around 1,000 officers – will be fitted with the ARTEMIS solution by March 2013.

A key component of APD’s ARTEMIS solution is a police-specification Driver and Vehicle Management System (DVMS) that will promote accountability and economical driving behaviour in non-emergency situations. By identifying where driving habits can be improved, officers can adapt their behaviour to increase fuel efficiency and reduce wear and tear on vehicles.

In 2011, a series of tests with police vehicles was carried out; the ARTEMIS DVMS system increased fuel efficiency by 39%, an improvement of 17.5 miles per gallon. The event was held in a controlled environment, and such high percentage savings are unlikely to be achieved in the real world. However, the results clearly show that the DVMS solution is capable of delivering significant cost benefit. The population of 47,000 police vehicles in England & Wales currently averages 700 million miles a year – equivalent to £148 million (€184 million) in fuel costs. Police-approved statistics show that improving fuel economy by just 5 miles per gallon reduces the total by £21 million (€26 million) while 10 miles per gallon reduces it by £37 million (€46 million).

“Northamptonshire Police is our first major win for ARTEMIS and we are extremely proud of this achievement,” said Steve Denison, managing director of APD Communications. “Designed with the police for the police, the ARTEMIS portfolio closely matches force specifications from fuel economy and driver behaviour efficiencies to appropriate vehicle service intervals and compatibility with back-end systems.

”The national framework agreement also places us in an excellent position to further establish our market-leading status,” he concluded.

With over 25 years of experience, APD specialises in delivering mission-critical and business-critical solutions to organisations within the public sector, transport, security, logistics and the emergency services. APD’s products are used in over 100 client sites in the UK, Scandinavia, Eastern Europe and the Middle East. Its solutions are in daily operational use in every UK police force; other customers include the Abu Dhabi Police, the Swedish Police and leading organisations such as The Emirates Group and London Underground Ltd.