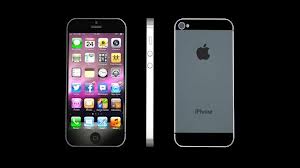 (Reuters & additional reporting) — Any lingering hopes among proponents of NFC that Apple’s launch of the iPhone 5 (pictured) might spring a pleasant surprise were dashed on Friday when the new device emerged without the technology. This non-move had been trailed beforehand but backers of NFC as a leading mobile payment technology may still have been disappointed.

Near field communications (NFC)’s proponents had hoped Apple would endorse the technology, which passes encrypted data between devices at close range without contact so that, instead of swiping a credit card, shoppers can simply wave their phones at a checkout terminal to pay for their goods.

The technology is backed by the largest US carriers and credit card companies, but has failed to take off in America because merchants have been reluctant to spend money upgrading their checkout terminals until NFC is more widely adopted.

“Anyone hoping NFC would be a reality soon is disappointed,” said Sanjay Sakhrani, an analyst at Keefe, Bruyette & Woods told Reuters. “Many in the industry were hoping inclusion in the iPhone would be a springboard for more adoption. This takes the impetus away.”

Like many new technologies, NFC is hampered by a chicken-and-egg problem. Mobile phone makers like Apple are reluctant to take on the extra cost and engineering effort of embedding NFC chips because many merchants can’t accept payments this way yet. Meanwhile, merchants won’t install NFC until more consumers have the technology on their phones.

Apple is developing Passbook, a mobile app that pulls together loyalty cards, tickets and coupons on the new iPhone. Many analysts consider this an early version of a digital wallet, except Passbook does not let users link their credit and debit cards yet.

Following the launch of the iPhone without NFC, Keith Brown, managing director of paythru told M2M Now: “The news that Apple has chosen not to make NFC technology a feature on the new iPhone 5 does not come as a huge surprise and I think they are right to prioritise other technology at the current time. True mobile payments need to be available at any time, from any location, and remove the need for the customer to be physically present at the point of sale.

“NFC is one of those technologies that has been developed for mobile payments without solving an existing problem – it’s like making a medicine and then trying to find a disease that it will cure. Shoppers have no problems using Chip & Pin, so currently have little need for NFC. What is more interesting though is the launch of the new Passbook service using QR codes for purchases and storing loyalty cards and coupons on the same device, since the ability to scan barcodes that are displayed on the phone’s screen is already widespread and this could really take the industry forward. Using QR codes allows for much more available and secure payments,” Brown added. “Apple is biding its time at the moment with NFC, but I think they will be the winners in the long run as they are obviously looking at solutions in the meantime such as Passbook and the acquisition of biometric security, that will make mobile payments ubiquitous and secure. When you consider that Apple has the user base to drive adoption of mobile payments, I am sure I am not alone in being very interested in where they go next.”

Other digital wallets have already been developed by companies including eBay’s PayPal, Google Inc, and Visa Inc. These wallets aim to bring together credit and debit cards, bank accounts, loyalty cards, rewards and coupons in one place, letting shoppers pay for purchases mostly online, but increasingly in physical stores, too.

Analysts Yankee Group, predict that the market for ‘mobile money’ services will be a US$1 trillion opportunity globally by 2015. Google Wallet, Isis, PayPal, Square and others have already hit the market, but without achieving a significant breakthrough.