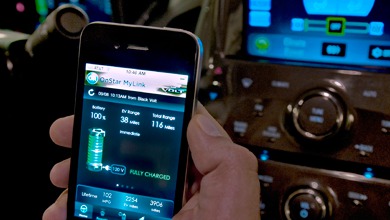 A new consumer survey by IMS Research of 2,250 people from the US, UK and Germany showed that only 28% of respondents would be willing to pay for apps in the car, if they were available.

The automotive industry has struggled for several years to recreate the consumer electronic (CE) experience within the car.

The stark results from this new IMS Research study show that consumer app purchases are unlikely to represent a significant revenue stream.

Furthermore, more traditional routes to generating revenue through apps – such as advertising – are likely to be restricted.

“This comes at a time when more and more vehicle manufacturers are offering connected head units which feature apps. However, unless they are able to come up with a viable business model, the revenue generation from apps is likely to be limited,” said Nimisha Patel, analyst at IMS Research.

The survey showed that nearly 60 percent of respondents would prefer to get a car specific app through their smartphone app store rather than from a portal from the vehicle manufacturer.

This indicates that not only will the automotive industry struggle to generate revenue through the sale of apps, but that most consumers would prefer to interact with their CE device rather than a vehicle specific portal.

Despite this negativity, there is some solace for the automotive industry. The survey showed that if apps were available in the car, driving specific apps (such as navigation) would be most popular and something consumers would be willing to pay for. Furthermore, this is a nascent market and consumer perception may change as familiarity increases.

By engaging with drivers through apps on a daily basis, auto makers may find they increase brand loyalty, which is perhaps a more valuable commodity in the longer term.