Home › IoT News › Smart Utilities › Nothing smart about my metering 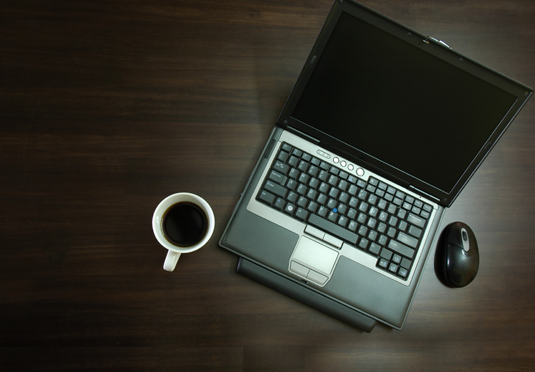 Day 1: A small, white in-home display (IHD) arrives, as requested and free of charge, from my energy provider. As Chief Geek-in-Residence, I unpack it with due reverence and plug it in, leaving it on a kitchen worktop where everyone can admire it and share the joy of tracking and curbing our energy consumption. Of course, they will then automatically amend their behaviour. (Why do I sound more like my father every day?)

Fortunately, we have no such IHD to monitor the thirst of my 4-wheel drive, convertible mid-life crisis. Yes, I have to admit that my green credentials lost out there to my inner ‘petrolhead’.

Day 2: The Steering Committee has noticed that a small part of her kitchen work surface has been invaded and an “ugly plastic box” (I think she’s referring to our brand new in-home display) is now taking up a precious power socket. Somehow this turns into an opportunity to discuss the shortcomings of our “1970s” kitchen. My arguments that the 1970s are retro cool appear to cut no ice. To be honest, I should have seen that one coming!

Day 3: Three children (mine, not random) have been lined up in front of the energy meter for a bit of Future Expected Expenditure Reassignment (FEER). “What’s that?” asks my daughter (14). Interest wanes noticeably all round when it turns out that the meter is not made by Apple®, nor is it connected to the internet, and can’t be accessed from her BlackBerry®.

“It’s called an in-home display, and it shows how much energy you’re using. It’s a bit like a smart meter. What’s more, it tells your Mother and me how much we’re paying for the energy you use, so that we can all use less.” (My attempt to enlist the support of my better half sounds unconvincing, even to me.) And it may have been a little unfair to paint the children as the villains of this tale, but my campaign was based on Shock and Awe. Sadly, it met the same mixed success as previous Shock & Awe campaigns.

“It’s not that smart,” declares my 14 year-old arbiter of all good taste. She’s got a point; it’s made from thin white plastic, sits on a moulded cradle, with a trailing black 2-core cable and appears to have been roundly smacked with the Ugly Stick. An iMeter it is not.

“What’s a kW?” seems a fair question. I’m relieved that it doesn’t come from No.1 Son (16) who has just wrestled a B-grade from his Physics exams. Even better is to come with the question, “How much is a kilowatt?” This is from the perceptive youngest, aged 11.

That’s like “why is the sky blue?”, and as I’m an Arts graduate I treat it with my customary aplomb by changing the subject and switching the meter to a digital read-out of cost in pounds and pence. Surely, we’ll all ‘get’ that.

With interest in the meter now at a 3-day high, I suggest, “I want you to keep an eye on the graph and see how much energy you’re each using, so that we can cut our bills,” and here I play my trump card for dealings with today’s ‘yoof’, “and reduce our impact on the environment.”

Children can be literal animals and the youngest instantly spots the flaw in my carefully honed plan. “So, this shows if I’ve left the telly on. Is that right?”

“Yes, exactly,” I say, sensing that the argument is at last swinging my way.

“Well, if I’m watching the telly in the living room, I can’t be watching this in the kitchen, can I?” I’m just about to deal with this insidious criticism, when No.2 Son adds, “And how can we save energy by having another device that uses electricity?” I’m sure I hear a snigger from the eldest, which I choose to ignore.

“Anyway,” I say in summary, “It’s very easy, I want you to see if you can reduce your energy consumption. Keep watching this meter, that’s all. Class dismissed.” I always find that a warm and inclusive approach works best.

Their mother arrives just as the children are sent about their business. “That went well, I thought,” but perhaps she didn’t hear, as my conversational gambit isn’t taken up. Interest in the meter still appears patchy chez Cowan.

Day 7: There’s a whoop coming from the kitchen, which seems to be stifled as soon as I enter. “We just hit a new record,” says the youngest excitedly when I find the three of them scrutinising the meter with unprecedented levels of interest.

“The immersion heater and kettle just broke the energy record.” Both Daughter and No.1 Son seem to be shushing him, but he won’t be deterred. “We thought the Xbox® and hair dryer would use the most energy, but we’ve tried everything now. And I won,” he adds proudly.

So the meter went into a kitchen drawer for a few days while I considered how to get the best out of it. And out of them. A few days morphed into a few weeks until, finally, our museum-grade kitchen was given an overdue overhaul. Then one morning the Steering Committee presented me with a familiar bundle of black cable and white plastic. “I found this in the drawer. What do you want to do with it?” she asked pointedly.

Somehow I just knew the answer.