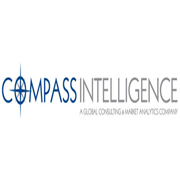 Compass Intelligence, a global consulting and market analytics firm, has released its latest forecast of the M2M market. The US cellular M2M market will reach 33.3 million connections in 2012 and grow to 114.7 million connections by 2016 with a CAGR of over 36%. These findings along, with breakdowns by application and vertical market are part of Compass Intelligence’s Connected Worlds subscription service.

“While there are many companies providing annual data on the M2M market, most analyst firms make assumptions that are not grounded in reality. The majority of firms do not take availability of components, migration paths from 2G to 3G to 4G LTE, end-user behaviour, socio-economic factors, and so on into consideration when building forecasts.”

Compass Intelligence’s forecast leans heavily on external and internal factors and is an aggregation of demand and supply-side information collected through in-depth interviews with vendors, service providers, and end users. The forecast is validated with key vendors and service providers at all levels of the M2M ecosystem, lending credibility to its high-level of accuracy.

Key findings of its most recent M2M research include the following:

– The largest B2B vertical market is the transportation vertical, with over 40% market share.
– By 2015 more than 40 percent of M2M connections in the US could be running on 3G/3.5G/4G networks.
– Growth will come from areas where there is a demonstrable RoI. Cloud computing and cookie cutter hosted applications will drive M2M adoption.
– Industry consolidation will occur rapidly over the next 2-3 years.