Home › IoT News › Reports › Installed base of wireless M2M devices in the oil and gas industry expected to reach 0.43 million by 2016 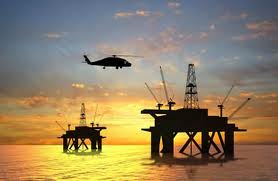 Gothenburg, Sweden. November 21, 2012 – According to new research from analysts Berg Insight, the number of devices with cellular or satellite connectivity deployed in oil and gas applications worldwide was 164,000 at the end of 2011. It is growing at a compound annual growth rate of 21.5%, and is expected to reach 435,000 by 2016.

The split between cellular and satellite based M2M devices at the end of the forecast period will be 275,000 units and 160,000 units respectively. The oil and gas industry is characterised by remote and inaccessible facilities where wireless communication in many cases is the only viable option for transferring M2M data. Telemetry and M2M solutions can be found in applications such as monitoring and controlling of drills, wells and pipelines.

North America is the forerunner of using wireless M2M solutions in oil and gas applications, and the region accounts for almost half of total worldwide device shipments. Many of the leading telemetry industry players with focus on the oil and gas industry such as Pason Systems and Zedi are based in the region. Other notable players are global SCADA vendors such as Schneider Electric, ABB and Honeywell which have all acquired companies specialising in wireless M2M communication and remote monitoring.

Players from the telecom industry are also showing interest in this vertical market. Hughes Network Systems is one of the world’s leading VSAT system providers and the company also develops and markets wireless M2M satellite modules for oil and gas applications. Furthermore, SkyWave, a wireless data communications provider, has increased its efforts towards the oil & gas industry, and SCADA applications now account for a growing share of the company’s revenues.

“Demand for improved operational efficiency and new governmental regulations will push the adoption of wireless M2M in the industry”, said Johan Svanberg, senior analyst, Berg Insight. Advanced SCADA and Wireless M2M solutions can help stakeholders to comply with regulations and meet the high demands on security and efficiency that comes with oil and gas operations. “Wireless M2M, remote automation, control and monitoring are also key ingredients in order to make it cost effective to extract, transport and distribute emerging oil & gas products including LNG and unconventional resources such as shale gas and heavy oil,” concluded Mr. Svanberg.

Download the report brochure: M2M Applications in the Oil and Gas Industry