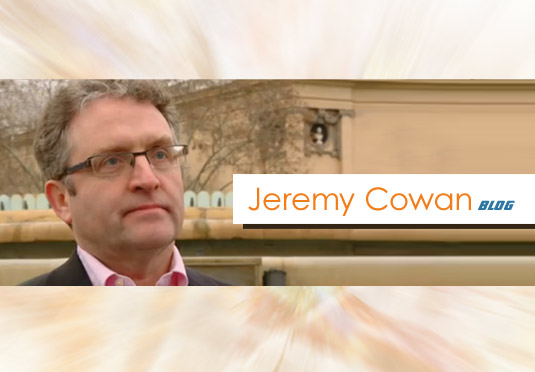 (EDITORIAL): How often have you looked at M2M research figures and muttered, “Really?” Many of the people I talk to, says editor, Jeremy Cowan, are as unimpressed as I am by forecasts of billions of connected devices and trillion dollar revenues. Eventually such figures become meaningless.

Even worse, they actively damage future investments in machine-to-machine (M2M) communications, investments that still offer some of the brightest financial hopes for network operators worldwide. It’s simple. If you hype a service too far it will surely fail to meet its stellar forecasts. It’s surely not in any of our interests for this market to acquire a reputation for over-promising and under-delivering.

Amid falling profits from voice traffic and zero margins on mobile data, operators cast around for Hope. Then the CFO meets someone at a conference who’s making steady money by connecting Things, not People. So he has a long, hard look at the research. Except there may be some analysts in this sector who aren’t in M2M for the long-haul and (how shall I put it?) … aren’t doing their homework.

I talked along these lines recently with one of the pre-eminent researchers in this space, and a member of M2M Now’s Editorial Board, Robin Duke-Woolley, CEO of Beecham Research. He pointed out the kind of errors that are being made. “Growth rate projections are often far too high for what is essentially a solutions business, not a consumer products business. New projects and technology changes are also often assumed to happen much too rapidly. Those 10-year forecasts then typically multiply all the assumptions in shorter range forecasts, claiming preposterous accuracy with big headline numbers. The forecast errors for these are potentially huge.”

He’s not alone. James Brehm, senior strategist at global consulting and market analytics firm, Compass Intelligence wrote a sensible report this month headlined ‘Why most M2M forecasts are wrong’. (Read it here at www.iot-now.com). He said, “While there are many companies providing annual data on the M2M market, most analyst firms make assumptions that are not grounded in reality. The majority … do not take availability of components, migration paths from 2G to 3G to 4G LTE, end-user behaviour, socio-economic factors, and so on into consideration when building forecasts.”

Now, I’m not privy to the various methodologies of rival analysts, and I’m not so green that I can’t spot a sales pitch, but we will be taking a closer look at the claims of M2M researchers in an attempt to de-bunk some of the hype, to point out the successes and failures of some forecasts, and establish what separates accurate claims from self-serving exaggeration.

Meanwhile, my old man had a quote for every occasion and one from Scottish novelist, Andrew Lang (1844-1912) seems appropriate. “He uses statistics as a drunken man uses a lamp-post, for support rather than illumination.” Perhaps we should study future forecasts with a more sober eye.

Jeremy Cowan is the Editor and Co-Founder of M2M Now.