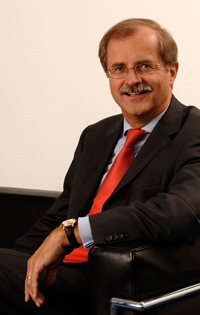 Wolfgang Kroh has been appointed as the new chief executive of Orga Systems GmbH. Kroh succeeds Ramez Younan who has left the company to pursue other interests.

The Executive Board of Orga Systems now consists of Kroh and and the company’s chief financial officer (CFO), Johannes Nussbickel, who joined in 2011.

Kroh is an experienced executive from the information and telecoms industry. As former chief executive of LHS Aktiengesellschaft. LHS was an independent vendor of customer care and billing solutions and Frankfurt Stock Exchange-listed company that was acquired by Ericsson in 2007 and fully integrated into the Ericsson Group in 2010. Kroh will bring broad general management skills and his long-standing international experiences in sales and marketing into this new role.

Younan joined Orga Systems from Oracle where, among other things, he reportedly played a key role in the purchase of billing software specialist, Portal Software. He departs having led Orga Systems over the past three years as it drove healthy growth, global customer and territory expansion and entrance into new strategic industries.