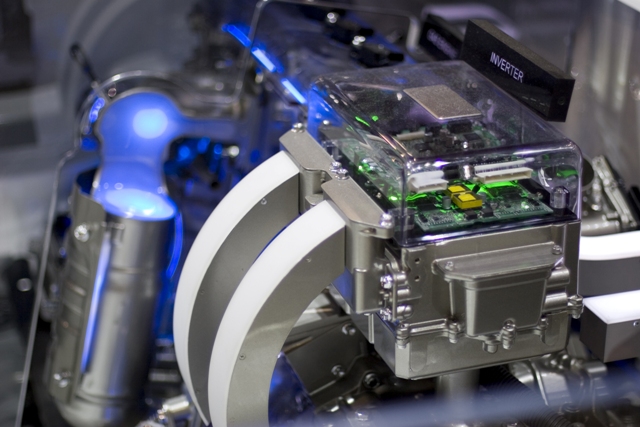 DNV will open a new Strategic Research Unit at DNV KEMA’s global headquarters in Arnhem, the Netherlands, which will focus exclusively on the further development of smart grids and super grids.

Smart grids and super grids are key elements and a prerequisite to integrate large-scale renewable energy in the future energy system.

The opening of the Strategic Research Unit was announced by Bjørn Haugland, chief technology officer of DNV and member of the Supervisory Board of DNV KEMA, during a panel debate on energy transition for a global energy audience at the World Future Energy Summit in Abu Dhabi.

As the world prepares for an energy transition towards the low carbon economy, the share of renewables in the fuel mix is expected to grow strongly over the next decades.

Smart grids and super grids are essential for the further development of our future energy system. In November 2012, DNV KEMA already announced a EUR 70 million investment in to expansion of its High-Power Laboratory to create the first laboratory in the world in the extreme testing segment for the upcoming market for super grids.

“There is a global need for extra capacity and modernisation of electricity infrastructure to meet the growing electricity demand. By opening up a strategic research unit for smart grids and super grids in Arnhem, DNV is preparing the practices and tools we need to meet the growing demand as well as facilitate the integration of large-scale renewable energy to the grids,” Bjørn Haugland announced.

The success of the transition towards a sustainable energy system depends to a large extend on how the existing and new energy systems fit together. Generating power from renewable sources differs substantially from power generation from conventional sources.

Dominant forms of renewables such as wind and solar power are highly intermittent, so the need for more sophisticated power infrastructure and control systems is apparent.

The call from different stakeholders in the global energy sector for grid flexibility and enabling power transport and distribution technologies, such as energy storage, smart grids and the expansion of the infrastructure with ultra high-voltage lines is evident, as they enable the energy transition.

Facilitation of the different energy sources to the grid requires significant investments in knowledge development, testing, and in setting up trial projects.

The strategic research unit in Arnhem is set up to translate research knowledge into practical solutions and provide results to make the right decisions.

“There are 2300 energy experts in DNV. With the establishment of the strategic research unit in Arnhem, we will be able to capitalise on all this expertise and experience. We will also invite external parties to work with us so that we together can create opportunities,” says Theo Bosma, head of DNV Research & Innovation in Arnhem.