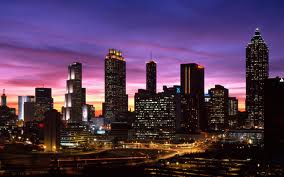 Sensors can dim street lights until they are needed

Measuring ambient light (luminosity) with a new set of directionable sensor probes, Libelium’s Smart Lighting device also includes temperature and humidity sensors and is capable of monitoring conditions inside buildings or in tunnels, and outside in the streets.

The Waspmote Plug & Sense! platform is designed for quick deployment of Smart City sensor applications, featuring devices that are pre-configured to create services such as Smart Parking or Smart Environment, directly out of the box. Sensor probes may be added to the device or replaced without having to uninstall the mote itself, keeping maintenance costs low for a scalable and sustainable solution.

“Smart Lighting is one of the key Smart Cities applications,” said David Gascón, CTO of Libelium. “It allows municipalities to save money and energy by dimming lights during low traffic hours, and to enhance security by lighting dark areas when people are passing.”

Established in 2006 Libelium designs and manufactures hardware for the implementation of wireless sensor networks so that system integrators, engineering and consultancy companies can deliver reliable Smart Cities solutions with minimum time to market. All Libelium’s products are modular, said to be easy to deploy and include extensive documentation and support through a global community of developers.

London, UK. March 19, 2013 — Cities are complicated, interdependent ecosystems that are being targeted by national governments as the crucible for reanimation of the economy, say technology analysts, Ovum. With such a focus on what areas governments should prioritise to kick start the economy Joe Dignan, Chief Public Sector Technology Analyst at Ovum points to developers as the key catalyst in taking smart cities to the next level and driving the market.

“The smart city market is at a tipping point,” says Joe Dignan. “Having been led by IT industry stalwarts such as IBM and Cisco for the last five years, it needs a fresh injection of ideas to take it to the next level. We believe the developer community will add the required impetus.”

Dignan continues: “Developers are key actors in the smart city debate for three main reasons. Firstly, unlike the IT industry, they can live with the 5-10 years ROI models inherent in smart city. Secondly their physical infrastructures enables them to work at the junction between the key smart city metrics of sustainability, quality of life, and competitiveness. Finally, developers have years of project financing experience, and a comprehensive understanding of the financial instruments required.

“Although developers and the IT industry have always had common interests, the “smart” part of smart cities assumes an unprecedented level of IT technology. So, while developers embrace complexity through their master planning skills, they need to understand the new IT paradigms of cloud, Internet of Things, Big Data, and ‘bring your own device’, thus bringing this new model for strategic partnering for smart cities to the fore, led by developers.”