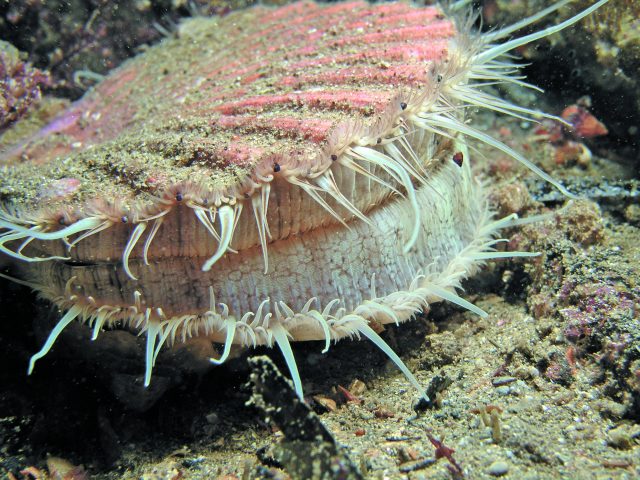 London, UK – Telit Wireless Solutions, a global provider of high-quality M2M solutions, products and services, has announced that its cellular M2M technology will contribute to the MolluSCAN Eye Project.

The France-based environmental science project is an international effort run by a multidisciplinary group of basic researchers and university professors – biologists, electronics specialists, mathematicians and webmasters. The project, which started in 2006 in Arcachon Bay, France, seeks to detect changes and status in pollution levels of water in the Earth’s oceans by reading and interpreting electronically monitored movement and behaviour of bivalves such as oysters, giant clams, and Icelandic scallops.

Dr. Jean-Charles Massabuau, PhD, leader of the MolluSCAN Eye Project, explains that a few years ago the primary idea was that, when exposed to pollution or poor quality water, a bivalve closes its shell (or in extreme situations, dies) and the shell gapes, with the valves completely open. But today there is much more being observed and researched because bivalve behaviour is rather complex: it can change dramatically after exposure to even very low levels of pollution.

The project uses very light electromagnets, weighing less than one gram, attached to each of the animal’s two valves and they are continuously monitored to measure the valves’ opening movements. The remote electronic monitoring system is composed of two parts: a waterproof encased unit, which is submersed next to the animals, acquires data and sends it to an above-water, dry unit which transmits the data via cellular network to the master server at the project’s lab using a Telit UC864-G GSM/GPRS module.

The remote device is a rugged, full-blown microcomputer system running the Linux operating system. The two parts of the device collectively draw a low one Watt of power which can be supplied by battery or solar.  The waterproof unit consumes one third of a Watt and can run independently as a data logger. And, due to amplification processes which have been significantly improved with technology and experience gained from years of intense research, the precision of the critical distance measured between electrodes is reliably very high. Data collected from the monitored molluscs is analysed by programmes at the project’s server.  New theories in applied mathematics used to process the collected data have resulted in a PhD thesis in chronobiology, granted in 2011. Two other PhD grants are planned for 2013. Mathematicians have developed a keen interest in the project not only because they are helping protect the planet, but also because each remote monitoring unit produces a robust 864,000 triplets of data points per day every day.

“The MolluSCAN Eye project represents real evolution in environmental sciences,” said Dominikus Hierl, Chief Marketing Officer at Telit Wireless Solutions. “It is easy to envision a new growing field of applied science emerging from the success of this project.  A broad array of types of connected biosensors deployed everywhere helping people and governments clean up our planet and keep an eye on our environment as the world’s population grows.  Telit is proud to be a part of this experiment and this new science.”

Telit Wireless Solutions is a global enabler of M2M communications providing cellular, short range and positioning module products; and through its business unit m2mAIR, M2M managed and value added services, including connectivity. Telit is M2M’s top one-stop-shop offering synergistic hardware and value added services bundles. With over 12 years exclusively in M2M, the company constantly advances technology through six R&D centres around the globe; and markets products and services in over 80 countries.