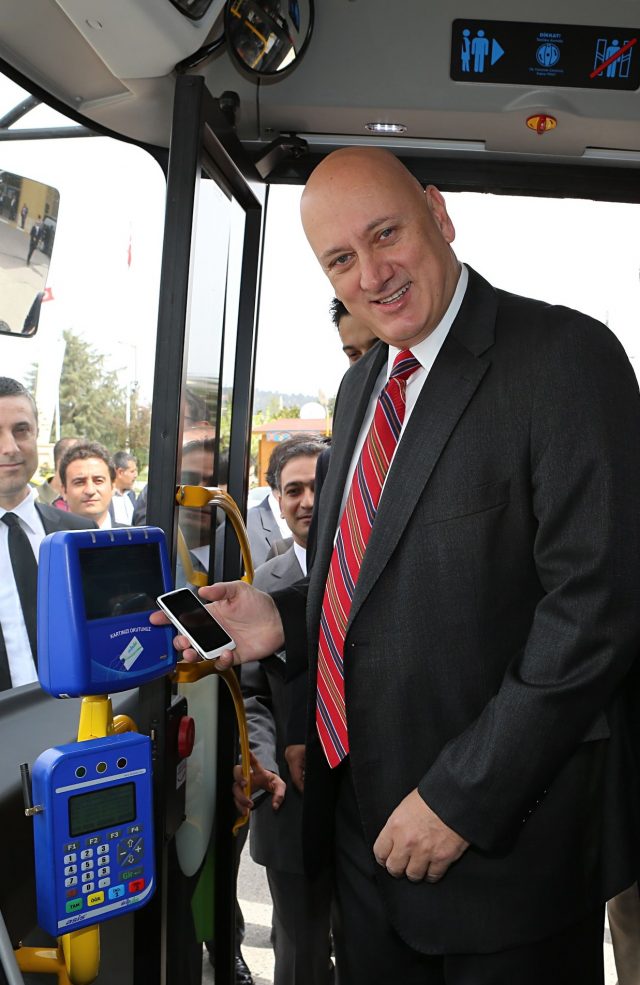 Istanbul, Turkey – Turkcell, Turkey’s leading communication and technology company, has launched the first mobile payment system for public transportation in Turkey, through the integration of Turkcell Wallet and Urfakart.

The public transportation card, ‘Urfakart’, was integrated into the Turkcell Wallet platform through the collaboration between Turkcell, Belsan and Asis and with the support of the Sanliurfa Municipality. The collaboration enables users to make contactless payments over their mobile phones while travelling. It also gives them the option of carrying out transactions like topping up cash and checking balances without having to go to an actual payment point. The new technology will ease customers’ lives while contributing to Belsan’s operational efficiency.

Turkcell General Manager, Sureyya Ciliv commented: “Turkcell is leading the way in terms of mobile communication technologies that are not only reshaping the world, but also changing the way of doing business in sectors such as transportation, finance, education and health. In October 2012 we introduced Turkcell Wallet, the world’s most advanced mobile wallet solution, which is currently used on the mobile phones of 1.2 million people. The Turkcell Wallet public transportation system is a first in Turkey and we hope that the 207 public transportation vehicles in Sanliurfa will set an example for other provinces to follow in the near future”.

Turkcell customers are able to link their mobile phones to make use of Urfakart. Smart phone owners can add Urfakart by downloading the Turkcell Wallet application over the App Store (iOS) or Google Play (Android).  After adding Urfakart to Turkcell Wallet, Turkcell customers can use their debit or credit cards on their Turkcell Wallet to top up cash to their Urfakart. Those who choose not to use bank or credit cards can top up their Urfakart by using Turkcell Mobile Payment. These payments are reflected on their bills or deducted from their balance. Those with NFC featured phones can make contactless payments while travelling. Customers can also check their balances over their mobile phones using the Turkcell Wallet.

Turkcell is the leading communications and technology company in Turkey, with 35.1 million subscribers (December 2012). Turkcell is a leading regional player, with market leadership in five of the nine countries in which it operates with its approximately 69.2 million subscribers (December 2012).  It has become one of the first among the global operators to have implemented HSPA+.  It has achieved up to 43.2 Mbps speed using the Dual Carrier technology, and is continuously working to provide the latest technology to its customers, e.g. 84 Mbps in the near future.