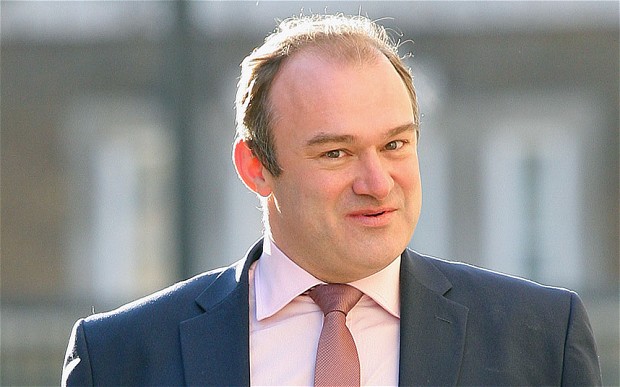 London, UK — In a written statement today, UK Energy Secretary Ed Davey said that the Department of Energy & Climate Change (DECC) has set a new date of autumn 2015 for nationwide smart energy meter installation. The start date had previously been summer 2014.The UK government wants to see a total of 50 million smart energy meters installed nationwide, in homes and small businesses. These will automatically send gas and electricity usage readings to energy suppliers, ending traditional manual meter readings and estimated bills. In the process, the industry says, this will help consumers to monitor, control and reduce their energy consumption by choosing the right tariffs, while reducing management costs for the industry.

The delay is being blamed on the failure to get data and communication systems ready. According to Energy Secretary, Ed Davey (pictured), after consultation with the industry the department had concluded “that more time was needed if the mass roll-out was to get off to the best possible start.”

The government has decided that, “from the end of this year, when a customer switches from a supplier who has provided them with a compliant smart meter, the new supplier cannot replace that smart meter with a dumb meter and must either rent the previous supplier’s meter or install their own new smart meter. This will give greater confidence to early movers over their investments,” said the statement.

The chief executive of Energy UK, Angela Knight, representing the major energy companies, said: “We welcome the government’s prudent decision to allow an additional 12 months to complete the smart meter programme. This recognises the scale of the programme and the need to prepare carefully.”

Ms Knight added that the installation of meters was a complex task and that the delay would enable this to take place “in a more efficient and cost-effective manner, and to greater effect”.

Consumer bodies welcomed the delay if it ensured the efficiency of the roll-out programme. The executive director of Which?, Richard Lloyd, said: “The government is right to take its time to ensure the installation of smart meters in every home is a success but it should use this delay to trial regional roll-outs, similar to the digital TV switchover.”

Stuart Ravens, principal energy & sustainability technology analyst at Ovum, commented: “Ovum has for some time been critical of the selection process for smart meters. Giving retailers such as British Gas and EDF responsibility for the smart meter roll-out created some unique issues. In all other deployments worldwide, metering is the responsibility of network operators, not retailers. So each network operator is responsible for discrete geographic areas and able to select the right communications technology for its area. In practice, this is usually a hybrid of different communications.

“In the British deployment, retailers have no geographic constraints, nor have they historically shown much interest in trialling and testing a variety of communications technologies. With very few exceptions, the smart meters deployed in Britain so far have relied on cellular-based communications, with mixed results.

“The Department for Energy & Climate Change (DECC) decided, in its wisdom, to divide Britain into three regions and invited tenders for each of these regions. Part of the DECC’s tendering process was to request proof that each communications technology would work in the British deployment. However, it did not commission any trials itself. If the tendering process were to proceed as previously planned, Britain could have commissioned a communications network for over 50 million meters that had not been properly tested.

“The DECC’s decision to delay the tendering process by at least a year to perform more tests is welcome, but it does beg the question: why did it take the DECC so long to recognise its previous folly?”