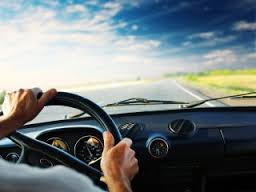 Insurance telematics, a system through which premiums can be calculated based on an individual’s driving habits and behaviours, represents a significant opportunity to insurance companies, according to a new survey by YouGov and O2, the commercial brand of Telefónica UK.

The survey of more than 2,000 UK drivers, explored current consumer attitudes to car insurance providers and insurance telematics.  It revealed that 59% of respondents don’t fully understand how their insurance premiums are calculated, with an alarming 42% stating that they don’t feel it offers value for money. Results also indicate that drivers today see car insurance as a commodity, with 56% of respondents stating that price was the only differentiator when it comes to choosing car insurance. This presents a significant challenge to insurance companies in maintaining loyalty, leading to expensive customer acquisition costs and lower margins.

The results, however, show a clear solution for insurance companies in the form of insurance telematics, with drivers indicating that value-added services and increased transparency would represent clear differentiators for the industry in the future. In fact, 52% of respondents stated that services such as exclusive offers, access to top tips and monitoring their child’s driving habits, would increase the likelihood of them renewing their current policy. Even the core telematics services, of incorporating driving habits and usage into the pricing model, would result in 60% of respondents being more loyal to their current insurance provider.

Insurance telematics is a global priority for Telefónica, the global parent company of O2. In February 2013, the company launched its first pay-as-you-drive car insurance policy in Spain in partnership with the Generali Group, followed by a similar telematics proposition in Germany. Telefónica predicts that the UK insurance sector will be next to see widespread adoption.

The results of the study demonstrated clear challenges and opportunities for the industry in rolling out these solutions and bridging the divide.

Despite the majority of UK drivers being in favour of having an insurance premium based on usage, nearly three quarters (74%) were unaware of insurance telematics and the potential benefits it can bring. This demonstrates that UK insurance companies moving first in this space have a clear opportunity to benefit, prior to telematics becoming the de-facto standard.

The research highlighted that demand for insurance telematics was highest among young drivers, with confusion and mistrust of car insurance premiums rife amongst 18-24 year olds. 67% of this group do not understand how their car insurance is calculated and a vast majority (72%) feel that they are overcharged due to their age. As a result a majority of young drivers (55%) would be willing to have their driving habits monitored to inform their premiums, and over a quarter (26%) will be actively looking for a pay-as-you-drive policy when they next renew. But it’s not just young drivers who would be interested in telematics, with 16% of parents admitting they would renew their policy if it meant they could monitor their child’s driving habits.

Insurance telematics is not just about saving money

The drivers polled demonstrated an appetite for telematics due to the improved safety level it can bring. 37% of all drivers surveyed said that the ability to have a breakdown or emergency service automatically alerted in the event of a breakdown or accident would make them more likely to install a telematics device in their car. The technology can also be used to provide an early warning system for technical issues in cars, and over a third of drivers (34%) said they would consider a telematics device if it offered this breakdown early warning system.

Telematics was also highlighted to have broader benefits to society, with 53% of drivers believing that having driving habits monitored would encourage safer driving and reduce the amount of accidents on the roads. Over a quarter (28%) of drivers would also be encouraged to take public transport more often if their car usage impacted their insurance policy.

“There is a clear appetite for insurance telematics within the UK, especially for early adopters, both in terms of increasing loyalty through building stronger relationships with their customers,” said David Taylor, Managing Director of M2M, Telefónica Digital UK. “Customers are currently disenfranchised with their insurance providers through lack of understanding of pricing and lack of differentiation within the marketplace. Usage-based premiums offer a way to bridge this gap, providing clarity and the opportunity for a closer relationship between insurer and consumer. This brings us closer to achieving the best situation possible for both drivers and insurers.”

O2 is the commercial brand of Telefónica UK Limited and is a leading communications company with over 23 million customers. O2 runs 2G and 3G networks and was the first to pilot 4G/LTE, reaching speeds of over 100Mpbs, as well as owning half of Tesco Mobile. It also operates O2 Wifi, O2 Health, O2 Unify, O2 Media and has recently launched the O2 Wallet. O2 employs over 11,000 people in the UK, has 450 retail stores and sponsors The O2, O2 Academy venues and the England rugby team.

Telefónica UK Limited is part of Telefónica Europe plc which uses O2 as its commercial brand in the UK, Ireland, Slovakia, Germany and the Czech Republic and is a business division of Telefónica SA.