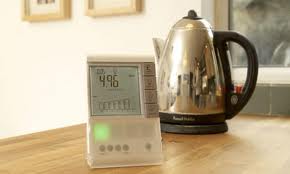 Boulder, Colorado, USA – According to a new consumer survey from Navigant Research, favourable attitudes toward the concept of the smart grid in general, and toward smart meters in particular, increased noticeably in 2012.

As rollouts of smart grid systems and smart meters have accelerated in the United States, utilities have struggled to communicate effectively their benefits for consumers. Convincing end-users to embrace this technology, by communicating the possibilities for greater energy management and the conservation it enables, is critical to the long-term success of utility smart grid programmes.

41% of the consumers surveyed had a “favourable” or “very favourable” attitude toward smart grids and smart meters, according to the survey. That is an increase of 10 percentage points over the findings from Navigant Research’s 2011 survey.

“Less than 10% of the respondents have an unfavourable opinion of smart grids and smart meters, which is an encouraging sign for utilities and policymakers,” says Neil Strother, Senior Research Analyst with Navigant Research. “However, utilities still have a long way to go in persuading a majority of their customers that they should approach these technologies with enthusiasm.”

Consumer attitudes toward the smart grid vary in direct proportion to educational attainment and income level, the survey found. Nearly half of the respondents with graduate degrees have favourable opinions, while about 26% of those with only a high school degree showed positive responses. Similarly, more than 45% of people earning at least US$75,000 have positive opinions of smart grids and smart meters.

Navigant Research’s detailed examination of demand dynamics is segmented by various demographic and behavioural characteristics. The survey was conducted in autumn 2012 using a nationally representative and demographically balanced sample.