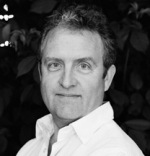 (BLOG) June 12, 2013 — I’ve talked for some time about the need for maturity and simplification in the M2M market (Comment, M2M Now magazine June-July 2012) and at last there are signs that this is coming. Hacks like me look for headlines, but there are better signs, says M2M Now’s editor, Jeremy Cowan.

One indicator is the launch of the International M2M Council (IMC) (see report in our July issue, page 5). Financial analysts look for big numbers and names in mergers & acquisitions; and regular readers of iot-now.com will know that M&A activity has expanded just as we predicted. In our March issue Predictions feature John Horn, president of RACO Wireless, said: “In 2013 industry consolidation will be prominent. M2M is ripe for an explosion of growth, made possible by the amalgamation of resources to improve scope and scale. Through M&A activities and financial backing, single companies will develop capabilities that meet the wide-ranging needs of their growing customer bases.”

A Darwinian cycle of ‘survival of the fittest’ is simplifying M2M’s complex delivery chain. Not only will M2M see benefits of scale more often, but product portfolios and partnerships will be enhanced. Since January, for these and other reasons, Wipro has invested US$5 million in Axeda, ST-Ericsson has sold its stake in GNSS to an as-yet unnamed buyer, Cisco has bought JouleX for $107 million, Telular has been sold to Avista Capital Partners, Orbcomm has purchased assets from GlobalTrack and MobileNet, Numerex has acquired new capabilities with AVIDwireless, ESCO Technologies has bought Metrum, and CA Technologies has acquired Layer 7 to provide API security “while accelerating the shift to the Internet of Things”. I don’t want to hit you with an exhaustive list, but you get the picture.

Can we see any effects yet of M&As and market rationalisation?

It’s early days, but Sierra Wireless sold its AirCard assets to concentrate on M2M, a policy that appears to be paying off as the company just reported first quarter 2013 revenues up 9.8% (year-on-year) and non-GAAP net losses down from $2.8 million a year ago to $0.7 million. Jason Cohenour, president and CEO, said: “We are now an M2M pure play… Moreover, we now have significant financial capacity to accelerate growth and value creation through acquisitions.”

Clearly, we can expect further M&A activity there. And as we go to press there are other rumoured purchases that we are trying to confirm. Keep an eye on this website for details.

Matt Hatton, co-founder of Machina Research told M2M Now: “The last few years have seen a lot of M&A in certain parts of the M2M value chain. In the module market, for instance, we saw a flurry of consolidation including Telit buying Motorola’s M2M unit in 2011, while Sierra Wireless picked up Wavecom and Sagemcom in 2009 and 2012 respectively. At the same time we also saw those module manufacturers making strategic acquisitions to boost their cloud service management offerings, including Gemalto (which owns Cinterion) acquiring SensorLogic, and Telit taking over GlobalConect.

“However, as we turn to the operator and service provider parts of the value chain, M&A has been somewhat thinner on the ground. Verizon’s US$612 million purchase of Hughes Telematics is the stand-out deal. There have also been a number of other smaller deals focused on giving service providers particular targeted expertise, such as Vodafone’s acquisition of Greek fleet management firm Zelitron, and AT&T’s purchase of Xanboo to support its Digital Life service development. These deals have been somewhat the exception, though. The focus has been more on partnerships, such as Telefonica with Masternaut, or AT&T with Axeda. However, we anticipate that the desire to buy in specific expertise in vertical sectors and/or acquire or secure an existing subscriber base will drive more acquisitions in this element of the value chain in the next year or two.”

One thing’s for sure. We will continue to bring this news to you first, so bookmark our Home Page.

The author is Jeremy Cowan, editorial director and co-founder of M2M Now.