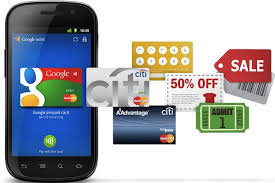 “We’re at the proverbial tip of the iceberg for what’s to come in mobile,” said Scott Kveton, co-founder and CEO, Urban Airship. “Consumers are just now discovering the value and convenience of digital wallets, and businesses can gain greater efficiencies and more effectively close the loop on ROI over decades-old paper and plastic-based processes and newer but siloed social channels.”

Since the launch of Apple Passbook last September, many major brands have claimed successes in boosting customer acquisition and loyalty and many apps have seen their popularity skyrocket in the App Store with the introduction of Passbook support. Coupons.com notes 70% of Passbook users who viewed passes added them to Passbook for in-store redemption. And while Alaska Airlines has offered mobile boarding passes through its app and mobile web site for some time, several thousand boarding passes were added to Passbook within the first few days of Urban Airship-enabled support.

A growing number of companies are looking beyond apps to digital wallet programmes to reach more customers and offer new experiences that grow their loyalty. Unlike often forgotten paper coupons and plastic membership cards, digital wallets are designed to bring convenience to consumers so that all of their coupons, loyalty cards and tickets can be found on the one device they never leave behind. Passes and cards are also time and location-aware to appear on-screen at the most appropriate moment to capture consumers’ attention.

Urban Airship makes the entire process of launching large-scale digital wallet programmes easy, from white-glove onboarding services to a simple drag-and-drop interface and WYSIWYG editor, with which business users can design and preview passes and cards in real-time. Passes created for Apple Passbook can be automatically mapped over to corresponding cards for Google Wallet, and vice versa. Once created, wallet items can be delivered to a brand’s entire mobile audience via app, web site, email, SMS, and social media services such as Twitter and Facebook. In addition, Wallet Studio’s detailed analytics reports allow businesses to measure programme performance and optimise the results of their digital wallet initiatives.