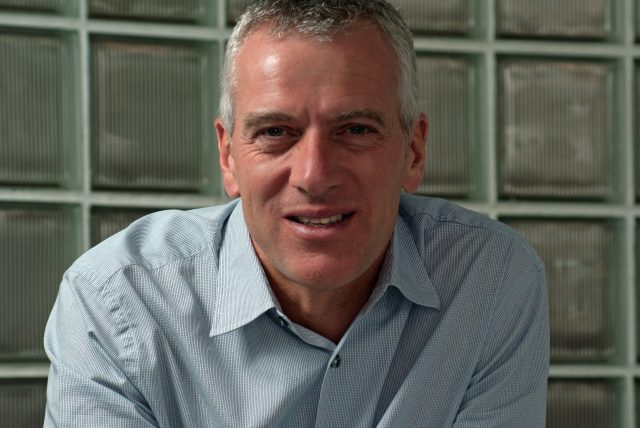 (EXCLUSIVE INTERVIEW) Cambridge, UK. July 4, 2013 — Neul, the UK-based firm known for its pioneering work in the TV ‘white space’ spectrum, has begun a ‘hard reset’ of its business. New CEO, Stan Boland, told M2M Now that Neul will be “sharpening its focus on M2M” following a strategic corporate review.

Boland was appointed in April by the Neul Board and current investors who felt that the company had lost its focus, and “made some tangential turns”. Talking exclusively to M2M Now, Boland said the company would now “be providing a capability to people who want to be network operators, that would point them to extremely low cost endpoints, and allow them to deliver a service. That means supporting the network connectivity capabilities, but also all of the account management, rating, online charging, billing interfaces, usage data and so on that sits behind such a network.”

“It does involve a fairly hard re-set of the business which we’re in the process of doing. It’s obviously not good for some of the individuals affected but it’s good in so far as we are actually going to create a successful Neul in the M2M space, that will enable mainstream network operators to implement this stuff cheaply, quickly, in a controlled way where they and we can make money and the world can start to see the benefits of using extremely low cost technology, allowing devices to be monitored and measured, and that data to be analysed and mapped to deliver corporate capabilities that don’t exist today.”

M2M Now understands that the lay-offs go as high as C-Level. Meanwhile, Boland will need to attract new investors to grow the business in the new direction of travel.

“We’re definitely going to have to raise some more money, no question,” Boland said. “We have a pretty horrible re-alignment we’re doing right now. We will move out some people and we’ll shuffle some responsibilities around, and we’ll end up with some holes in the management team that we’ll fill from people in the industry that we’re going to go after.” He declined to give the number of job losses as an internal consultation period is continuing over the next few weeks.

Cambridge UK-based Neul was set up in 2011 with US$12.8 million (£8.0 million) investment to offer products and services for the TV ‘white space’ spectrum. (See: Neul raises $12.8m (£8.0m) from DFJ Esprit-led syndicate to occupy TV white space). The company was reported in September 2012 to have raised an additional $5 million from Mitsui & Co. Global Investment Ltd. Other investors include IQ Capital Partners LLP, The Cambridge Angels, as well as the founders and employees who have made a “significant contribution”.

It developed the NeulNET system, (See: Start-up launches whitespace radio set for M2M market) which includes a base station and portable, battery-powered terminal that can be used to build white space networks. These are capable of delivering up to 16 Mbit/s per available white space channel over a range of up to 10 kilometres (6.2 miles).

The initial goal remains to offer low cost communications and long battery life for applications such as smart metering, electronic shelf-labelling, asset tracking, transportation, and connected personal health devices. The company has been a major contributor to the Weightless™ Special Interest Group (SIG) and air interface (See: http://weightless.org/), a technology designed for the Internet of Things (IoT) and machine-to-machine (M2M) communications.

Neul has been using high-quality UHF spectrum being made available progressively across the globe by major regulators on a licence-exempt basis. The company claims to provide “the first realistic free-to-air, wide-area alternative to cellular”, and is already recognised as a world leader in delivering TV white space ‘Network as a Service’, with deployments on four continents.

Named after the Gaelic word for ‘cloud’, Neul has produced a single chip baseband / RF implementation of the Weightless™ standard. Initially focused on operation across White Space in the UHF bands, later implementations of Iceni have been planned to support other sub-1GHz frequencies for Weightless™, both in licensed and license-exempt bands.

When considering the job, said Boland, “every time I spoke to them I came away with a migraine, I couldn’t link everything together in a coherent way. They were pioneering the use of TV White Space and the Internet of Everything, but the products they were building were all broadband communication products, and nothing to do with M2M at all. It took me a long time to decide to do this job, and I went in fairly certain that we’d have to make some changes,” he added.


The company is also moving from its current building to “a more professional looking place. And we’re doubling down on M2M, that’s all we’re doing. Everything else was confusing,” he said.

“If we have available low cost endpoints, that provide wide area connectivity, in a small form factor at roughly US$10 and you buy them in whatever quantity you want from one or more suppliers, and it’s well known how to take the data from this port, encrypt it, push it over this tunnel, you can switch this thing on and find the base station, the item appears in this API, with data pushed to or fetched from it, and if everybody knew that’s the way to do it… it seems to me that making that a reality is part of the trick here. We need one or two launch applications to get people to do that.

“We’ve worked hard on the economics to show network operators, how much they need to deploy, how many connections per node they need to break even, where the first applications might come from, and we’re having extremely fruitful dialogue with network operators who also see that vision and want to create it. If we can make that real we have the makings of a very exciting business here,” Boland concluded.

M2M Now understands that Neul also holds more than 25 patents, giving it Intellectual Property Rights with a theoretical value of up to $15 million (£9.8 million). But, as most of the patents are in Weightless™ and only a few in White Space technologies, that valuation will depend on the success of Weightless™ technology.

Weightless™ is a wide-area wireless networking technology designed to replace GPRS and CDMA wireless solutions and provide a better, lower cost option than 3G or LTE. Weightless™  is an open standard, promoted by the Weightless™ SIG and supported by members such as ARM, CSR, Vodafone (Cable & Wireless).

Read a full version of this interview, Exclusively in the September issue of M2M Now magazine.

Click Here to subscribe to M2M Now, and receive every issue in print delivered to your desk and available  to read online.