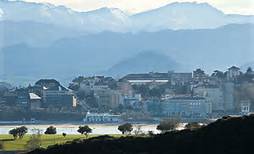 With any new and fast-developing technology area, definitions and future growth paths often get blurred as everyone sees things from their own often narrowly-focused perspectives. As Alun Lewis says, this is critical in our space where concepts like the ‘Internet of Things’ or ‘Smart Cities’ often mean different things to different people.

The first stages of a three-year, EU-funded project in the northern Spanish city of Santander have recently been completed with the support of University of Santander, Telefonica Digital, NEC, IBM and other companies and urban service providers. What is more, the project looks like providing an invaluable blueprint for the future of the diverse players working together in this new environment.

Starting in September 2010, the €6 million project has involved 25 organisations across eight EU counties – and Australia – bringing together technologists, academics, government experts and others as part of the EU’s Future Internet initiative to turn Santander into a living experimental laboratory. The strategic backdrop to this project for the EU concerns the continent’s long-term future in strategic innovation.

Having ‘won the game’ as far as the success of the European-originated GSM technology was concerned – but lost out to the US where the later wave of internet innovation and applications came from – the EU is keen to focus the continent’s resources on what it sees as the next wave of growth, the Smart City.

What’s interesting about this vision, currently being turned into reality for the 180,000 or so citizens of Santander, is its sheer breadth and depth. While sensor, networking and IT issues are obviously being addressed, so too are all the relationship governance issues necessarily involved in providing services to citizens, often via third parties and public/private initiatives.

How exactly do you create an open, but secure, architectural framework and infrastructure that’s able to share ‘Big Data’ with all the different entities involved, support commercial relationships and contracts with the necessary service KPIs, and simultaneously try to encourage good hacker-type creativity amongst the newer generation of app and smartphone developers?

On top of this, there are obvious issues to do with the inhabitants themselves, so there has also been a parallel emphasis in the project on demonstrating to citizens how Smart City concepts can improve their qualities of life, reduce energy consumption and pollution, and allow them to use their smartphones to participate in a two-way exchange of useful and time-critical data and information.

So, where to start in describing Santander’s project? On the ground – or in some cases just below it – and deployed on and in buildings, buses and a range of infrastructure is a network of 12,000 sensors of different types. These cover approximately 35 square kilometres, reporting in through a variety of different short and long range wireless technologies. It’s planned to increase this sensor population in the city and to expand geographic coverage using sensors on buses to eventually cover around 5,300 square kilometres in the region.

In traffic management and parking, a number of different approaches are being tried. Parking bays in side streets in the downtown area have been fitted with sub-surface geomagnetic sensors that can tell when a car or even a motorbike is occupying a space. This information, collated with other data from car parks, is then shared live with the population through a smartphone app and through dynamic street displays and direction signs at appropriate junctions to direct the driver or rider.

Citizens can also report potholes or other problems through their smartphones – and monitor the subsequent repair response. Work is also well advanced in integrating multiple transport options for travellers, taking real-time information feeds from trains, buses and ‘smart’ bicycles. This will enable them to suggest mixes of transport modes to suit the traveller’s preferences as well as avoid cancellations or breakdowns by switching to alternative transport.

To help reduce energy consumption, lighting in streets and parks has also been connected, with lamps capable of being dimmed remotely in the absence of traffic or people or when there is a full moon and natural light is good enough. The lamps themselves are also able to automatically alert the appropriate authorities when a bulb fails and needs replacing.

A similar approach to optimising urban assets is also being taken in the city’s parks and boulevards, where moisture sensors in the ground ensure that water and power aren’t wasted in irrigating unnecessarily.

Also about to start is a ‘smart’ approach to waste management, with litter bins and skips being equipped with sensors to alert the contractors when these need emptying. The plan here is to reduce unnecessary traffic on the city’s streets, and cut fuel and manpower costs.

Finally, air quality, ozone and noise levels are being monitored across a number of parts of the city, through a network of fixed and mobile sensors. The intention here is to show how smart city concepts can be applied cost-effectively to meet EU guidelines and legal limits for these urban annoyances.

While interesting and innovative, these must only be seen as functional smart city building blocks that then have to be integrated into the wider picture – and that’s certainly where the real challenges are going to come.  Smart Santander seems to be well aware of these issues and is adopting a highly inclusive strategy to bring all these different skill sets, commercial interests and communities together into a harmonious whole.

It’s well worth keeping an eye on – and a beautiful part of the world to visit for anyone planning a ‘research’ trip to see these things in action. PS. Smart tourism’s also in the master plan!