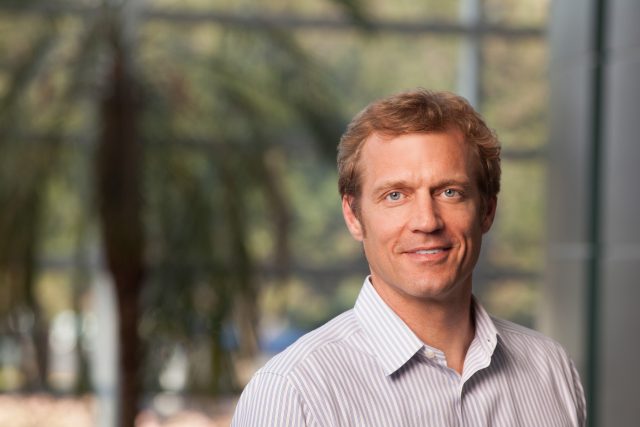 The Maxim name has been associated with analogue devices since it was founded in 1983, but during the past five years it has found new opportunities for communications, measurements and security in growing M2M markets.

In the medical field Maxim is focusing on remote monitoring. “One way to keep people out of hospital is to allow them to be monitored remotely,” said Chris Neil (pictured above), senior vice president of the company’s industrial and medical group.

The company targets diagnostics, monitoring, therapy, ultrasound imaging, and home and fitness as the areas to which its products are well suited. The ultrasound market has been one of its mainstays for years and it is continuing to innovate as the products become smaller and more portable, as shown by the recent launch of the MAX2082 octal ultrasound transceiver that can replace thousands of discrete components.

The company is also breaking into the wearable medical devices market, which is predicted to top 100 million units a year by 2016. The company has even produced a shirt containing numerous wearable devices for electro-cardiograph (ECG) measurement to show its capabilities in this field.

The low power element is vital in this and Neil said the researchers were hoping to get this down to the point where batteries would not be needed and all the power could be harvested from the body itself.

“We are building this not to sell shirts but so we can understand the market by designing the types of things our customers are wanting,” he said. “Everybody understands the individual parts, but it is making them work together that is the trick of integration.”

Part of Maxim’s growth followed the company’s investment in the IO-Link communications protocol that emerged in late 2008. “IO-Link lets you talk back and forth with a sensor,” said Chris Neil, senior vice president of the company’s industrial and medical group. “It doesn’t just tell you what the sensor is reading, but lets you tell the sensor to change what it is doing. This is really M2M.”

One of the key examples of this has been the company’s work in factory automation following the trend away from a centralised programmable logic controller (PLC), with all the bottlenecks that go with that, to distributed PLCs that can talk with each other and respond much more quickly to what is happening in production.

Here, Maxim makes many of the devices that are included in such controllers and has just expanded its portfolio with the MAX17503 synchronous step-down DC-DC converter for use in the power supply and, more significantly, the DS28C22 DeepCover secure authenticator for providing security. This is one area that Neil believes needs addressing as connectivity increases.

“Security is not very big at all in M2M,” he said. “People are aware of the problem but they are pressed on cost. Everyone wants security but no-one wants to pay for it until there is a catastrophe. All the things are connected and if you do that there are several entry points into the system. If someone does get in, they can cause widespread damage.”

Security is also key in one of the other areas in which Maxim is active – smart grids. In Germany, it has partnered with Devolo to develop the secure gateway between consumers and providers. Neil is hopeful that the model they have produced will be adopted in other countries as they roll out their smart grids.

“To work with a leader such as Devolo was great,” he said. “Our expectation is that once others see how easy it is to do this high-level security, they will adopt it. We hope this will point the way forward.”