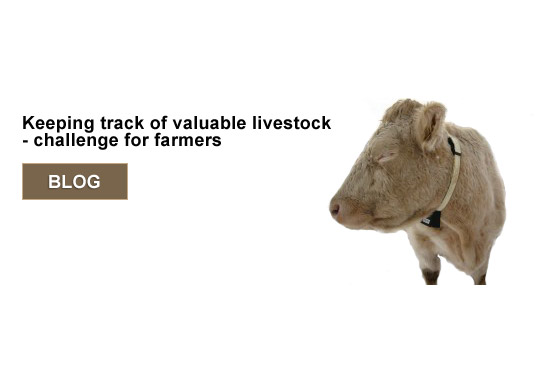 (Blog) — Keeping track of valuable livestock grazing in remote regions is a daily challenge for farmers. Losing livestock to predators or through illness not only affects that year’s revenue but, as Gavan Murphy of Globalstar says, it can have a profound impact on the quality of the breeding foundation for future herds.

Halvor Mjoen comes from a long line of Norwegian sheep farmers and knows this only too well. His own family lost 22% of its sheep herd to predators during the 2009 mountain grazing season.

Determined to find a solution to the enduring problem of how to better track and safeguard his family’s flock in the mountains where there is no cellular coverage, Mjoen hit upon the idea of a satellite-enabled M2M collar that acts as a virtual shepherd, alerting the farmer to potential problems. The result was the setting up of his company, FindMySheep AS – and the start of a close partnership with Globalstar.

For FindMySheep’s tracking collar the company needed a reliable, low-cost solution, for which they turned to Globalstar’s  STX-2 Simplex Modem. This sends one-way, packet-switched data automatically on a time- or event-driven basis via Globalstar’s second-generation mobile satellite network. After conducting a number of successful, large-scale field trials in Norway, FindMySheep started marketing the collars commercially in time for Norway’s 2013 grazing season. The Globalstar value-added reseller (VAR) sold 3,500 collars to Norwegian farmers in its first season.

The sealed collars are robust, light and waterproof. As well as the STX-2 module, they feature a long-lasting lithium ion battery that can be recharged using an inductive charging system.

A farmer activates the collars in a similar way as with a SIM card. Once activated, the collars can be set up via a web portal to send a pre-set number of messages per day over Globalstar’s network. For example, at the start of the season, this might be set to one message per day, while at the end of the grazing season, when the sheep are being herded back down the mountain, a higher frequency of messages can be scheduled.

The data collected shows the time-stamped latitude and longitude of each sheep and the remaining battery life of the unit. It is also possible to view an animated video which shows where each sheep has moved on a map.

Farmers can use the solution to geo-fence their livestock – essentially, defining an area in which they want their livestock to graze. An SMS message is sent alerting the farmer to any animals that are close to the edge of this area or that have managed to escape. This functionality is already being used by reindeer farmers in Norway to keep reindeer away from railway lines.

The FindMySheep system can also be used to detect abnormal behaviour. For example, it can be set up to alert the farmer if a sheep has moved more than the average 5km per day – which might signal that the sheep has been scared off by a predator or is struggling to find grass. Someone can then be dispatched to check on the sheep. Over time, the system also provides a data trail that can be used to determine the optimum grazing areas for future herds.

With trials of the FindMySheep collar now underway with cattle in Brazil and elephants in Africa, it’s clear that livestock tracking – whether for commercial reasons or to monitor endangered species – can be handled extremely cost-effectively using satellite-based M2M, whether in the Norwegian mountains, the African savannah or a remote Brazilian cattle ranch. The blog’s author, Gavan Murphy (above) is director of Marketing, EMEA & LatAm at Globalstar, one of the world’s leading mobile satellite services providers, a position he has held since 2008. Under his direction, Globalstar has developed and extended its brand awareness throughout Europe, North Africa, Latin America and South-East Asia.

Prior to joining Globalstar, Gavan held a series of senior roles in business development, sales and marketing operations at start-ups and large corporations in the telecoms sector. He is a graduate of the University College Dublin, Michael Smurfit Graduate School of Business in Ireland.